At Children’s Memorial Hermann Hospital, providing the highest quality healthcare to our young patients and their families is our top priority. To do that, we hire the best. Our affiliated physicians, nurses, hospital staff and every other member of our team reflect our high standards of care. Our executive leadership team is another example of these high standards. Each member of our leadership team is highly qualified and respected in the fields of healthcare, exemplary patient care as well as best-in-class hospital operations. 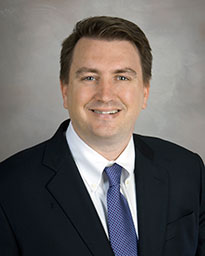 Dr. Sean Blackwell is the Chief of Service for Obstetrics and Gynecology at Children’s Memorial Hermann Hospital. In this role, he has been instrumental in developing a robust obstetrical and gynecological program at McGovern Medical School at UTHealth and in the Memorial Hermann Health System. Dr. Blackwell drove the development of The Fetal Center, and has aggressively expanded the high-risk pregnancy clinics throughout the Greater Houston area, now with nine clinic locations across the city. Under his leadership, the department of Ob/Gyn has developed a team-centric approach anchored in collaboration and a dedication to serving patients, as well as excellence in medical education and research.

Dr. Blackwell has been the principal investigator for Eunice Kennedy Shriver National Institute of Child Health and Development (NICHD) Maternal Fetal Medicine Units Network at McGovern Medical School at UTHealth (2007-2011), which is the largest clinical trials network in the United States. UTHealth is one of only eight institutions that have both the NICHD-funded maternal and neonatal research networks. In 2014, Dr. Blackwell earned his Six Sigma-Lean Black Belt at the University of Houston, allowing him to apply continuous quality improvements in operational processes to achieve predictable and measurable results.

He directs the Larry C. Gilstrap M.D. Center for Perinatal and Women’s Health Research at UTHealth and serves as the assistant dean for Healthcare Quality in Perinatal Medicine and Women's Health. He is a graduate of the Physician Quality and Safety Academy at Memorial Hermann-Texas Medical Center and McGovern Medical School at UTHealth. Blackwell served as the vice chair for the Society of Maternal Fetal Medicine (SMFM) Publications Committee and on the SMFM board of directors.

Dr. Blackwell obtained his undergraduate degree as a double major in biology and classics at Wabash College in Crawfordsville, Indiana. He completed medical school at the University of Illinois College of Medicine in 1993 and completed both his obstetrics and gynecology residency and maternal-fetal medicine fellowship at Wayne State University in Detroit, Michigan. 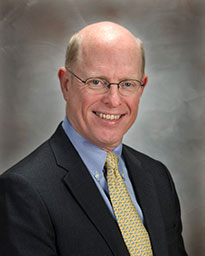 Board certified in pediatric surgery, surgical critical care and general surgery, Dr. Lally’s clinical interests include prenatally diagnosed problems and congenital diaphragmatic hernia (CDH) as well as Extracorporeal Membrane Oxygenation (ECMO). Dr. Lally, who has published more than 200 scientific articles with over 70 about basic science and clinical research on CDH, helped found the CDH Study Group and the CDH Registry. The voluntary collaborative has gathered data on more than 9,000 babies with diaphragmatic hernia. The registry now represents centers in 14 countries.

Dr. Lally is a distinguished graduate of the US Air Force Academy and an AOA graduate of Tulane University Medical School in New Orleans, Louisiana. He completed his residency at the United States Air Force Medical Center at Keesler Air Force Base, Mississippi, and a fellowship at Children’s Hospital of Los Angeles. Dr. Lally holds the Richard Andrassy, MD, Endowed Distinguished Professorship and the A.G. McNeese Chair in Pediatric Surgery at McGovern Medical School at UTHealth. He has been recognized by the Houston Surgical Society with the Distinguished Houston Surgeon-of-the-Year award, with UTHealth’s President’s Award for Mentoring Women, as well as UTHealth’s Teaching Excellence Award and Outstanding Surgical Educator award. He is a member of the American Pediatric Surgical Association, the American Academy of Pediatrics and is a fellow of the American College of Surgeons (ACS) and serves on the Advisory Council for Pediatric Surgery.