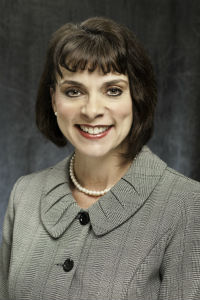 “Kelly has the necessary clinical and analytical leadership skills to strengthen the effective and productive bridge between the administration of the hospital and the medical staff,” said Senior Vice President and Chief Executive Officer Kyle Price, MBA. “She is the perfect candidate to offer leadership to further advance the safety and quality of the health care we provide to our patients and their families.”

With Memorial Hermann since 2001, Ochoa was appointed the Chief Nursing Officer at Memorial Hermann Southeast in 2010. She previously served as the director of Perioperative Services at the hospital where she led six departments to an astonishing percentage of growth, earning Memorial Hermann’s most prestigious honor - the President’s Gold Circle Award.

“I am very excited about the opportunity to align nursing and operations within our organization as I believe it will have a decisive and positive impact on patient care outcomes,” said Ochoa. “With the strong physician partnerships we have built and our highly engaged, talented staff, I believe the future is extremely bright for our hospital and the community we serve.”

Ochoa received an associate’s degree in Nursing from San Jacinto College, a Bachelor of Science in Nursing from University of Texas Medical Branch at Galveston, and a Bachelor of Arts in Pastoral Studies and a Master of Science in Leadership from Southwestern College. She participated in an internship in chaplaincy at Houston Methodist Hospital and is currently pursing an Executive Healthcare Fellowship offered by The Advisory Board Company in Washington, D.C.

As an enthusiastic member of the community, Ochoa is in her second year on the board of the Investment Advisory Committee for the Bay Area United Way. She resides in Pearland with her husband and their four children.