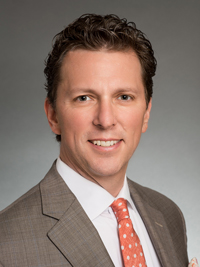 “As Vice President of Operations, Jerry contributed significantly to TIRR Memorial Hermann’s strategic performance. His leadership style demonstrates a high level of engagement with staff and physicians, and a deep understanding of the goals of the patients we serve,” said Brian Dean, Executive Vice President of Academic Affairs and Service Lines for Memorial Hermann. “Jerry is passionate about TIRR Memorial Hermann’s mission to ensure independence and inclusion for people with disabilities and is a strong advocate in the community for our patients – another reason why we are confident he is the right choice for this role.”

An accomplished healthcare executive, Ashworth has more than 20 years of experience in healthcare administration. Prior to joining Memorial Hermann in 2014, Ashworth held a number of leadership roles with Trinity Mother Frances Hospitals & Clinics – now the CHRISTUS Trinity Mother Frances Health System – in Tyler, Texas. He is a Fellow in the American College of Healthcare Executives and board certified in healthcare management, as well as a graduate of the Center for Houston’s Future Leadership Forum, an organization that guides emerging and proven leaders to a new understanding of and a new sense of personal accountability for the future of the region.

“I am humbled and honored to serve as the leader of a team of dedicated, inspiring healthcare professionals who choose to spend every day caring for our patients and a talented team of research professionals who lead innovative studies to identify breakthroughs in the rehabilitation field, making TIRR Memorial Hermann a world-renowned institution,” said Ashworth.

During his tenure as VP, Operations at TIRR Memorial Hermann, he assumed the role of executive sponsor for the TIRR adaptive sports teams and actively promoted community awareness of disability issues and services by participating in activities such as ReelAbilities Houston, Ms. Wheelchair Texas and by leading events such as REV UP to support voter registration for people with disabilities.