What Is Cerebral Palsy and Spasticity? 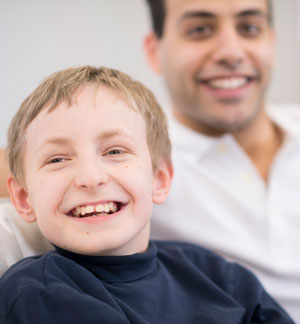 Cerebral palsy (CP) is a neurological disorder that affects your movement, muscle tone or posture. It is caused by damage to the motor control centers of the developing brain and can occur during pregnancy, during childbirth or after birth up to about the age of 3 years. CP affects approximately one in 500 live births, and spastic cerebral palsy is the most common type.

Spastic cerebral palsy or spasticity is an abnormal imbalance between the excitatory and inhibitory neurotransmitters, which send signals to the muscles. This imbalance increases muscle rigidity and tone especially in the legs of a child with spastic diplegia, or it can affect one entire side of the body in a child with spastic hemiplegia. This muscle stiffness can result in awkward movements. The American Association of Neurological Surgeons estimates that spasticity affects more than 12 million people worldwide.

What Are the Types of Cerebral Palsy?

The types of cerebral palsy are based on the location and kind of movement problem and whether the limb is weakened (paresis) or paralyzed (plegia/plegic):

There are four major types of CP: spastic, athetoid, ataxic and mixed type.

Spastic CP is by far the most common type of CP, comprising about 70 percent to 80 percent of CP cases. People with spastic CP often experience exaggerated or jerky movements (hypertonia). Common symptoms include awkward reflexes, stiffness in one part of the body, contractures (permanently tightened muscles or joints) and abnormal walking.

Athetoid CP (“non-spastic CP”), affecting about 10 percent of children with CP, is characterized by a mix of hypotonia (low muscle tone, causing loss of strength and firmness) and hypertonia (high muscle tone, causing rigidity and spasmodic movement). The main symptom is involuntary movement of the face, torso and limbs, resulting in rigidity or floppiness of the limbs, problems with posture and feeding issues.

Mixed CP occurs when damage to the developing brain is not confined to one location, causing a child to exhibit symptoms of more than one type of CP. Fewer than 10 percent of all CP cases are diagnosed as mixed.

What are the two kinds of spastic cerebral palsy?

Spastic diplegia mostly involves muscle stiffness in the legs and less severely in the arms and face, although the hands may be clumsy. Toes point up when the bottom of the foot is stimulated. Certain leg muscles are tight, making the legs move like scissors. Children with spastic diplegia may require a walker or leg braces. Intellect and language skills are usually normal.

Spastic hemiplegia affects the arm, hand and leg on one side of the body. Children with spastic hemiplegia are slow to walk and tend to step on their tiptoes because of tight heel tendons. On the affected side, the arm and leg are often shorter and thinner.

When spastic diplegia or spastic hemiplegia go untreated, the result is a progressively poor quality of life for the child because he/she cannot walk.  This puts them at risk for pressure ulcers from prolonged sitting, and they often can experience emotional and mental problems due to their lack of movement.

What Causes Cerebral Palsy and Spasticity? 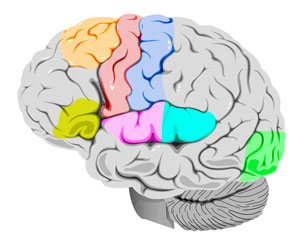 No one knows what causes spastic cerebral palsy, but spastic diplegia has been associated with prematurity, low birth weight and periventricular leukomalacia, a disease caused by a lack of oxygen or blood flow to the periventricular area (white matter) of the brain.

An imbalance of signals from the central nervous system (brain and spinal cord) to the muscles causes spasticity. It can result from damage to the brain or spinal cord, or diseases associated with the brain, including: traumatic brain injury (TBI), stroke, cerebral palsy, multiple sclerosis (MS) or spinal cord injury (SCI).

What Are the Symptoms of Cerebral Palsy and Spasticity?

Cerebral palsy affects your body movement and muscle coordination. Each case is unique based on your type of injury and the timing of the injury to the developing brain. CP may affect one limb or side of the body, or the whole body. You may have total paralysis, requiring constant care, while others with partial paralysis might require minimal assistance.

Symptoms appear during infancy or preschool years and may include one or more of the following:

Symptoms and severity of spasticity vary from person to person and may include:

How Is Cerebral Palsy Diagnosed?

Typically, parents first notice a problem when their child fails to reach developmental milestones surrounding motor functions, such as holding his/her head up, rolling over, sitting, crawling, walking or picking up small objects. Children with cerebral palsy often walk on their tiptoes and have trouble relaxing the muscles of their legs to have a normal gait.

A physician suspecting CP will evaluate your child by direct observation, medical history and physical evaluation. Your physician may also order tests to help make an accurate diagnosis, including a magnetic resonance imaging (MRI), a cranial ultrasound or an electroencephalogram (EEG).

What Are the Treatments for Spastic Cerebral Palsy?

There are a number of treatments for managing spasticity in children with cerebral palsy. Proven treatments include oral medications, botulinum toxin injections, intrathecal baclofen implant or a selective dorsal rhizotomy procedure as well as using cast, splints and orthoses to keep the body in a certain position. Your multidisciplinary team will work with you to determine the best possible treatment for your child. The sooner treatments are started, the better for the patient.