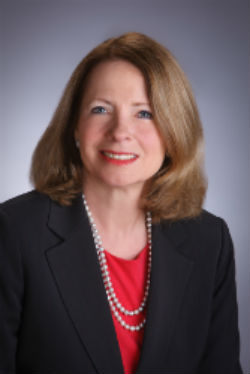 In a move to facilitate a seamless transition between leadership, the Memorial Hermann Health System Board recently elected longtime board member and prominent business, civic and community leader Deborah Cannon, as its first ever Board Chair – Elect.

In her new role on the System Board, Cannon is positioned to succeed current Board Chair Will Williams in January 2017. In the meantime, she will shadow Williams over the course of 2016 to ensure a smooth passing of the torch from one board leader to the next.

“Given Deborah’s deep understanding of the Memorial Hermann system, its workings and its leaders, she was the most logical and smart choice to succeed me,” Williams said. “Her qualifications are impeccable. She’s a strategic thinker who has served on and been a key contributor to several Memorial Hermann board committees.

“Just as important, she appreciates Memorial Hermann’s mission and commitment to our community to provide safe, high quality care and will work diligently to make sure the System stays on course as one of the best healthcare systems in the country,” Williams said.

Cannon, who recently retired as President and CEO of the Houston Zoo, Inc., has served on either the Hospital or Health System Board for 11 years. During that period, she served on the finance, system quality and investment committees, chairing the finance committee for three years. Cannon also cultivated working relationships with the Memorial Hermann physician leaders, and embraced the System’s zero harm initiative to become a High Reliability Organization.

“I consider it a great honor to have been selected the first ever Board Chair – Elect,” Cannon said. “Memorial Hermann is a sophisticated organization and it is important that the transition between board chairs go as smoothly as possible. My tenure on Memorial Hermann’s boards and committees has given me a keen understanding and perspective of the organization and its mission to provide the highest quality and safest health care in the country.

“I look forward to working with fellow board members to ensure that Memorial Hermann continues to advance health in the Houston region as it has for more than 100 years.”

A respected business leader, Cannon enjoyed a long career in banking ascending to President of Bank of America for the Houston Region, overseeing business in 10 states in the Southwest and Midwest regions of the United States. She was the first woman to represent the bank abroad, and the first woman president of a subsidiary bank.

Cannon was the founding Chairman of the Women’s Enterprise National Council, and the first female chair of the Greater Houston Partnership. In addition to her volunteer service with Memorial Hermann, she continues to serves on several boards, including Bancorp South.