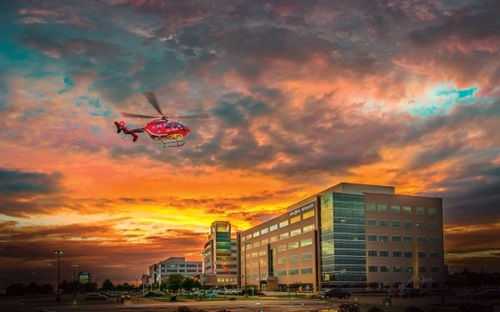 Memorial Hermann Katy Hospital today announced a $167 million expansion that will add 115,000-square-feet of new and renovated service areas, nearly 100 beds, a third professional office building, and additional parking, including a parking garage, to better serve the greater Katy area’s growing population. According to estimates by the Katy Area Economic Development Council, nearly a half-million people will call the area home by 2024.

“Our community continues to grow and we are committed to grow with it, just as we have for the last 40 years,” said Jerry Ashworth, Senior Vice President and CEO of Memorial Hermann Katy and Memorial Hermann Cypress Hospitals.  “However, I would like to point out that this expansion goes far beyond the addition of physical space to accommodate more patients. It is also strategically focused on growing specialty and surgical care so that residents can depend on us to support their healthcare needs, from routine outpatient visits to complex inpatient procedures, in their own community.”

The first phase of the project is underway in existing shell space on the 5th and 6th floors of the hospital’s East Tower. Eighty medical/surgical patient beds and six antepartum beds are being added, bringing the hospital’s total bed count to close to 300. Plans also include the addition of two new operating rooms, four neonatal intensive care unit (NICU) rooms and an expansion of the cardiac catheterization lab.

Subsequent phases include the significant expansion of the Emergency Department, which serves as the Katy area’s only Level III Trauma Center. Upon completion, the facility will double in size to 40,000-square-feet and add additional treatment rooms, including two state-of-the-art trauma rooms, space for more CT scanners, upgraded equipment and more. In addition, the hospital is focused on expanding its capabilities in the areas of trauma and critical care medicine, neurosurgery, vascular surgery, thoracic surgery and more to better respond to the emergent needs of those who live and work in and around Katy.

“The Emergency Department often functions as the first point of entry for patients who come to Memorial Hermann Katy in times of severe illness or as a result of traumatic injury,” said Vivien Bond, Vice President and COO of Memorial Hermann Katy. “This expansion – both in size and increased capabilities – will enable us to better serve these patients by providing the full spectrum of quality care right here in our community.”

Additionally, the project will support a major overhaul of Women’s Services, including relocating the nursery and adding labor and delivery rooms, a cesarean section (C-section) suite and doubling the number of obstetrical emergency rooms. The Ironman Sports Medicine Institute at Memorial Hermann Sports Park-Katy and the Memorial Hermann Breast Care Center are also expanding.

The expansion will also add job opportunities, both clinical and administrative. Qualified candidates can learn more here. The hospital is also looking to bring on additional volunteers.  Learn more »

This project comes on the heels of several areas of growth at the hospital.  Within the past five years, the campus has opened a 24/7 pediatric emergency department and inpatient unit, as well as the Memorial Hermann Sports Park-Katy, a full-range sports medicine facility that provides medical care and athletic training.  The hospital also is home to a Level III Neonatal Intensive Care Unit and it serves as a Memorial Hermann Life Flight® base for the west Houston metro area.