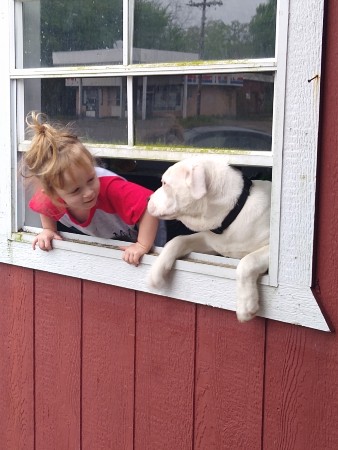 It’s a good thing Aryah’s puppy arrived when he did. Had he come along today, “Rhino” would have been “Flamingo.” Aryah loves animals. All animals. But today, flamingos are her favorite. About to turn 4, “JoJo,” as she prefers to be called, is a spitfire. “She’s got my attitude,” says her mom, Courtney. “She thinks, ‘I can do anything, and nothing’s going to get in my way.’ She’s bomb proof.”

Aryah plays basketball. She cheerleads. She rides horses. She jumps on the trampoline and loves water slides. “She’s ahead of the curve for her age,” says Courtney. But that wasn’t always the case. Before Aryah was born, Courtney and her husband, Robert, learned that their baby had congenital diaphragmatic hernia (CDH), a relatively rare condition with a very low survival rate.

Affecting approximately one in 2,500 babies1, CDH results from abnormal development of the diaphragm, the muscle that separates the organs in the abdomen from the organs in the chest. A hole in the diaphragm allows the stomach and intestines to move into the chest cavity during pregnancy, crowding the baby’s heart and lungs. The resulting underdevelopment of the lungs can lead to potentially life-threatening breathing difficulties after birth.

Referred to The Fetal Center

“We were overwhelmed. I wanted to know if there was anything we could do to save our baby,” Courtney remembers. A local high-risk pregnancy specialist referred the couple to The Fetal Center at Children’s Memorial Hermann Hospital in Houston. There they met with Anthony Johnson, DO, Co-Director of The Fetal Center and a high-risk pregnancy specialist at McGovern Medical School at UTHealth. 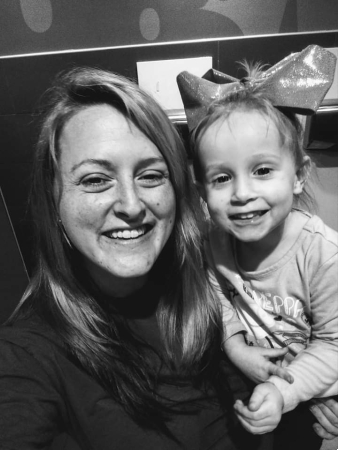 Following a thorough evaluation and a battery of tests, Dr. Johnson and the multidisciplinary team at The Fetal Center determined that Courtney was a candidate for fetal surgery, specifically fetal endoluminal tracheal occlusion (FETO), an experimental treatment for babies diagnosed with severe CDH. Performed during pregnancy, FETO involves placing a balloon in the unborn baby’s airway (trachea), causing a backup of fluid produced by the lungs. The fluid builds, promoting lung growth and development. Courtney’s baby would be the first to undergo FETO at The Fetal Center.

Courtney and Robert weighed the benefits and risks and decided to move forward with the procedure. “We thought, ‘OK, do we go through with this or not? If we don’t, our baby’s chances of living are slim to none. If we do the procedure, and she doesn’t make it, at least her life will have meant something,’” says Courtney.

On July 7, 2016, Courtney underwent the procedure, performed by Dr. Johnson and affiliated pediatric surgeon KuoJen Tsao, MD, Co-Director of The Fetal Center. The procedure went well; the balloon was successfully inserted into the baby’s trachea. The plan was to perform a follow-up operation in two months to remove the balloon from the baby’s airway, but the positioning of the baby in the womb prevented the removal. Instead, Courtney underwent an emergency C-section, and the balloon was removed during delivery.

Aryah was born weighing 4 pounds, 11 ounces on August 21. She went straight to the Level IV Neonatal Intensive Care Unit (NICU), where she was intubated and put on an oscillator to assist breathing. Four days later, she underwent surgery to relocate her stomach, intestines, spleen and liver and to repair the hole in her diaphragm. Nine days after birth, the breathing tube was removed, and, two days later, she was breathing on her own. On September 21, she went home.

Once a year, Courtney takes Aryah back to Children’s Memorial Hermann Hospital for regular checkups at the Comprehensive Center for CDH Care, led by Matthew Harting, MD, a pediatric surgeon at McGovern Medical School. The clinic is staffed by a team of pediatric CDH specialists from all associated medical disciplines who provide seamless care from postnatal treatment at infancy through follow-up care during childhood, with a smooth transition into adult specialty care. 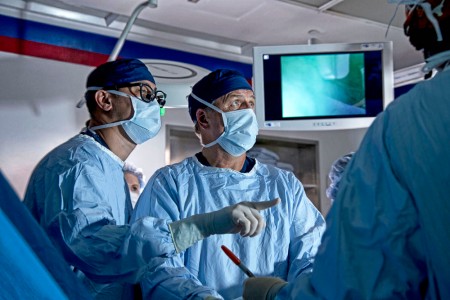 All three of these physicians stress the importance of a multidisciplinary team that can provide a complete, orchestrated continuum of care for CDH patients. “Having the expertise to provide mom and baby with prenatal care, including maternal fetal medicine and, in this case, FETO intervention, is obviously important, but care doesn’t stop at delivery. CDH is a tough disease because it’s not just about the lungs. The ongoing clinical specialty care for these babies is critical. The NICU team, the pediatric subspecialists, the ECMO team, neonatology, pulmonology, the GI team, the cardiologists—it takes a village, a cohesive team, working together. It’s a total commitment by the institution and the staff,” says Dr. Johnson.

Dr. Harting concurs, saying, “CDH requires all these experts working together, and you really have to understand this uniquely complex disease. But if you can put all those pieces together, and if you can get a child through that initial, very substantial insult and get them to survive that first week and month of life, after they’re discharged home, almost all of them go on to survive and have an excellent quality of life. Aryah is the perfect example of somebody who benefited and continues to benefit from all the different aspects of our program.”

Dr. Harting adds that the patient’s family is an integral part of the team. “The best outcomes occur when the family is all in. Aryah’s parents put their trust in us to perform what was at that time an experimental treatment. That took courage. And Courtney continues to take excellent care of Aryah. She has really committed herself to doing everything possible to give her daughter the best long-term outcome.”

“I try my best to do what’s right by my kids,” says Courtney, a former corrections officer, who is very active in CDH support groups and helps other families through their FETO journeys. 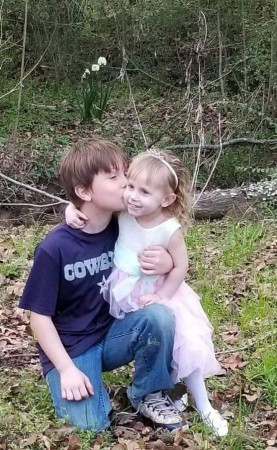 While CDH is relatively rare, Children’s Memorial Hermann Hospital is considered a high volume center for CDH. “Our goal is to be the most complete and comprehensive CDH program in the world,” says Dr. Harting. “We consider every child a survivor and we will do everything we can to make that a reality, to ensure that the child not only survives but goes on to have an excellent quality of life.”

What lies ahead for the CDH program? “We continue to pioneer new therapies, such as FETO. We offer an investigational stem cell therapy that holds significant promise. We're involved in a number of other multicenter trials because collaboration is key. We lead an international multicenter effort to research existing therapies to figure out what works and what doesn't. We live and breathe CDH,” says Dr. Harting.

Supported by her big brother, Rylyn, who she lovingly calls “Brother,” and the rest of her family, Aryah continues to grow, thrive and advance. But there have been some CDH-related bumps in the road, including a few trips to the ER for respiratory and gastrointestinal issues, and a surgery to correct bowel obstructions at Children’s Memorial Hermann Hospital. The Center’s team has been there for the family every step of the way.

“It’s the only hospital I trust to perform surgery on her,” says Courtney. “The lack of education out there about CDH is outrageous. I trust Drs. Johnson and Harting and the rest of their team. They know CDH. And they know her anatomy. They literally put everything in place.”

To learn more about Aryah and her story, click here.

To learn more about CDH and its treatment options, click here.