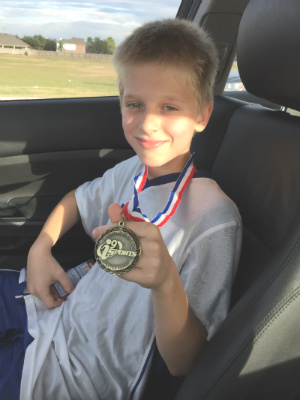 For being an active seven year old boy, Camden would struggle when he suddenly had trouble breathing while participating in sports and other physical activities. Concerned, Lacy, Camden’s mom, scheduled an appointment with his pediatrician, who diagnosed him with asthma. At age 11, he began having chest pains. His pediatrician ordered an EKG, which came back normal, then referred him to a cardiologist, who ordered pulmonary tests, all of which showed Camden’s heart was fine.

Still trying to get answers, Camden and his mom scheduled an appointment with a geneticist, to see if there was a genetic condition causing Camden’s chest pain. All of those results came back normal. During this time, Camden’s breathing and chest pains worsened, to the point that even climbing a flight of stairs was a challenge.

“Dr. Tsao took one look at Camden and knew exactly what it was. He ordered a CT scan and an echocardiogram, which confirmed the diagnosis,” recalls Lacy. “Before that moment, I had no idea what pectus was. After years of not knowing what was causing Camden’s pain and shortness of breath, having a firm diagnosis gave me a sigh of relief.”

Camden was diagnosed with pectus excavatum, also known as funnel chest, the most common congenital deformity of the front wall of the chest. The abnormal formation of the rib cage develops during the mother’s pregnancy and leaves the child with a depression in the center of the chest, over the breastbone. While the exact cause is unknown, researchers believe pectus is likely caused by abnormal growth of the connective tissue that connects the ribs to the breastbone. Diagnosis can occur during early childhood or later, especially during the prepubescent years, during the child’s growth spurt.

After learning the diagnosis, Lacy connected the dots. She says that since birth, Camden had “a little dip in his chest, where the top of the ribs meet.” But she never thought much of it. As he grew older, it became a little deeper, a little more noticeable. However, she had no idea, until she took Camden to see Dr. Tsao, that the “little dip” was putting pressure on Camden’s heart and lungs, causing his chest pain and breathing problems as well as preventing his chest from properly expanding.

From the time Camden first saw Dr. Tsao, to the time he underwent surgery, a few months later, the depression in his chest had become noticeably deeper. Says Dr. Tsao, “While some cases can be treated with physical therapy to slow or reverse the effects of pectus excavatum, more severe cases, like Camden’s, that interfere with the child’s exercises and other activities, require surgery.”

In August 2017, Dr. Tsao and his surgical team performed a minimally invasive surgery, called the Nuss procedure, on Camden. Through small incisions on the sides and in the center of Camden’s chest, Dr. Tsao inserted a small camera that allowed him to insert a concave stainless steel bar, called a Nuss bar, under Camden’s breastbone. He then flipped the bar, pushing and bracing the breastbone into place. The bar will stay in place for three years, at which time Camden will undergo surgery to remove the bar. 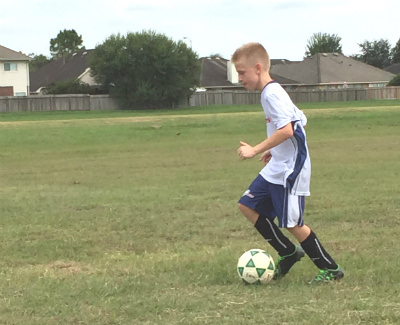 While the Nuss procedure is fairly common, Dr. Tsao employed a novel approach to pain management, called intercostal nerve cryoanalgesia, which helps to minimize pain and speed recovery for patients, like Camden, who undergo the Nuss procedure.

Says Dr. Tsao, “The Nuss procedure is minimally invasive, but it’s still a complex operation. We change the lifelong shape of the chest back to normal in a few hours. When we began performing the procedure years ago, we’d use an epidural narcotic during the surgery and send the kids home with narcotic painkillers, all of which slowed their recoveries. Before, we’d schedule patients’ surgeries for the beginning of the summer, so the kids would have all summer to heal. Now, using cryoablation during the procedure, we temporarily freeze the nerves along the rib cage, which minimizes the need for narcotics during surgery and eliminates or significantly reduces the need for narcotics following surgery. Kids recover faster and with much less pain. And we’re able to perform these surgeries well into the summer. Normally, I would not have offered the operation so close to the start of the school year. However, with cryoanalgesia, I knew he could make it back without missing any time.”

Camden spent about a week in Children’s Memorial Hermann Hospital. Recalls Lacy, “Camden experienced some pain the first three days, but the pediatric pain management team was always on top of it, making sure he was comfortable. By the third day, he was up and walking.”

Lacy and Camden are thankful to Dr. Tsao for diagnosing Camden’s condition and for performing a successful surgery to correct it. “We love Dr. Tsao. He was good at explaining what was going on, every step of the way.”

Today, Camden is free of breathing problems and chest pain. Free of allergy medications and his nebulizer. Free to run and play without any restrictions. “Now, it’s great,” says Lacy. “He can play anything.”