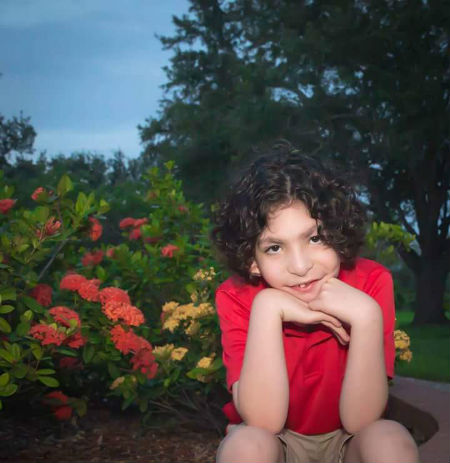 Cameron is on the “A” honor roll in his fifth-grade class, a significant achievement for any kid. Cameron is not just any kid. He is a survivor. At 10 years of age, Cameron has already undergone 24 surgical procedures.

Nine weeks before Cameron’s mother, Doris, was due to deliver, she stopped feeling any movement in her belly. Concerned, she called her obstetrician’s office to schedule an appointment. A fetal ultrasound showed that her baby had an irregular heartbeat which, her obstetrician was concerned, was putting the baby at great risk. Doris was admitted to Memorial Hermann Katy Hospital, where her obstetrician performed an emergency caesarean section to deliver the baby. All of this came as a shock to Doris, who had, up until that point, experienced a normal, uneventful pregnancy and expected a routine vaginal delivery.

Doris recalls when Cameron was born, his skin was discolored, almost black, and he was not breathing. He was born with a very small jaw, which obstructed his airway; therefore, the medical team had to intubate him (insert a tube into his airway) to allow air into his lungs. Once stabilized, he was quickly transported via Life Flight® to Children’s Memorial Hermann Hospital in the Texas Medical Center. Cameron’s life was at risk, and he needed immediate care by a team of neonatal and pediatric specialists.

Cameron would later be diagnosed with an extremely rare genetic condition known as Mandibulofacial Dysostosis with Microcephaly, or MFDM, characterized by development delay and abnormalities of the head and face that, for Cameron, resulted in cleft palate, hearing loss, kidney failure and abnormalities of the jaw. According to the National Institute of Health, while its exact prevalence is unknown, more than 60 cases have been described in the medical literature.1 Doris learned that Cameron was only the 13th person in the U.S. to be diagnosed with MFDM.

Due to his prematurity (Cameron was born at 31 weeks gestation) and accompanying health problems, which also included jaundice, Cameron spent the first three months of his life in the Level IV Neonatal Intensive Care Unit (NICU) at Children’s Memorial Hermann Hospital. Two days after he was born, doctors inserted a trach tube into his airway (trachea), and, for the first 18 days, he was kept on life support (a ventilator) to help him breathe. Cameron would require a long-term, multidisciplinary team of specialists to care for his myriad medical complications.

While in the NICU, Doris first met pediatric plastic and reconstructive surgeon John Teichgraeber, MD, professor and director of Pediatric Plastic and Craniofacial Surgery at McGovern Medical School at UTHealth, and co-director of the Texas Cleft-Craniofacial Clinic at UTPhysicians, affiliated with Children’s Memorial Hermann Hospital. Cameron had a severe cleft palate that would require surgical repair. 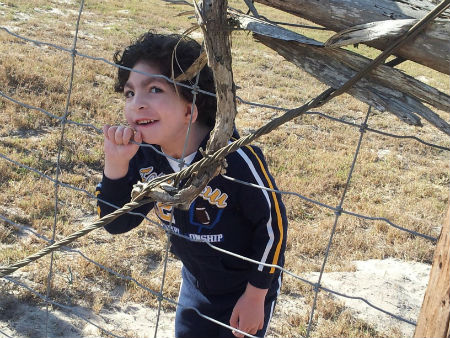 “Normally, cleft palate surgeries are performed when the child is younger,” says Dr. Teichgraeber, “but in Cameron’s case, we needed to wait and to let him develop a bit.” When Cameron was 18 months old, Dr. Teichgraeber performed surgery on Cameron to repair his hard palate, the bony front part of the palate located in the roof of the mouth. Of the surgeries, Dr. Teichgraeber says, “This was one of the more challenging cleft surgeries we’ve performed because Cameron’s jaw is extremely shallow and wide, making his palate very short.“

Cameron’s repaired palate improved his ability to enunciate words, to eat without experiencing nasal regurgitation, and, says, Doris, it made him more self-confident.

When Cameron is between the ages of 16 and 18 and fully developed, pediatric plastic surgeon Matthew Greives, MD, FACS, co-director of the Texas Cleft-Craniofacial Clinic at UT Physicians, will perform a surgical procedure called a furlow palatoplasty on Cameron to close his soft palate and to stretch and enlarge his jaw. At the same time, Dr. Grieves will create larger ears for Cameron using cartilage from his ribs. As a precursor to this surgery, Cameron recently underwent a mandibular distraction osteogenesis (jaw distraction), to extend his airway, so that there will be ample room in his airway once his soft palate is closed.

Now 10 years old, Cameron has undergone multiple procedures and surgeries to correct and repair numerous medical conditions, most of which have been performed at Children’s Memorial Hermann Hospital. At one point, his kidneys began to fail, requiring dialysis and kidney surgery. As is characteristic of children born with MFDM, Cameron’s ears are very small, causing deafness, so he was fitted with a Cochlear Baha® implant to help him hear. Because his small jaw blocks his airway, when Cameron was 4, he underwent a prior jaw distraction, to open up his airway, but it was insufficient. So, the trach tube that was inserted shortly after birth remained until he was 5, inhibiting his ability to eat and speak. Now, free of the trach tube, he participates in speech therapy, where he is learning to use his jaw to chew and to speak more clearly. 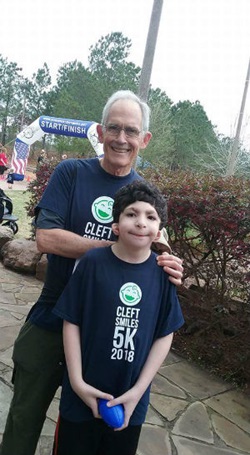 Doris and Cameron regularly make the 300-mile drive from South Texas, where they have lived since shortly after Cameron was born, to visit Dr. Teichgraeber, Dr. Greives and more than a dozen other specialists and care givers at Children’s Memorial Hermann Hospital.

“Cameron’s case exemplifies the value of a tertiary care children’s hospital: one location capable of caring for all of the child’s need, 24/7,” says Dr. Teichgraeber. “The best outcomes for patients and families with multiple and complex conditions like his come from a comprehensive, multidisciplinary team approach like the one found at Children’s Memorial Hermann Hospital.”

Keys to Success: Attitude and Involvement

A situation like Cameron’s could easily be overwhelming for both parent and child, but Cameron and his mom maintain positive attitudes. “When Cameron was born, every day we would wonder, is this our last day? Now, ten years later, we still have that mentality. We live life to the fullest,” Says Doris.

Doris and her family are active in organizations supporting the community of families with cleft and craniofacial conditions, including the annual Cleft Smiles 5k family run/walk benefiting underprivileged children born with cleft lip and palate. It helps, she says, to be around other kids with the same issues, outside of a clinical environment.

Despite so many setbacks and obstacles, Cameron is excelling. “He’s very social, very outgoing,” says Doris. “He’s different from others, but he doesn’t think he is. He was not born to fit in, he was born to stand out!”