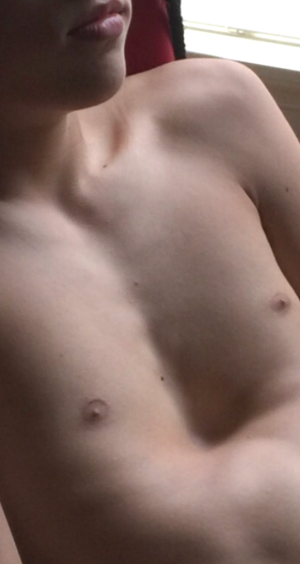 Gage Hulse is having the time of his life. The 19-year-old basketball star from Huffman, Texas, recently graduated from high school and is college bound on a full-ride athletic scholarship. During his senior year, he led his team, the Huffman Falcons, to a record-breaking season and a district championship and led the district in points, assists, rebounds and steals.

It’s hard to fathom that Gage was born with a deformity that, without correction, could have prevented him from continuing to play.

When Gage was in middle school, he began experiencing lightheadedness, breathing problems and chest pain when playing football. His mom, Kem, thought he had asthma. “After a strenuous play, he would come to the sideline, and I would give him a bag to breathe in,” she says.

At the same time, an indentation in the center of Gage’s chest, present since birth, was becoming more pronounced. “When Gage was 13, I walked into his bedroom. He was sitting at his desk. And I asked him, ‘Does that still bother you?’ And he just said, “Well, Mom, it’s all I know.”

“Dr. Tsao took one look at Gage and knew right away what was wrong,” says Kem. A battery of tests, performed to evaluate Gage’s heart and lung function, confirmed that Gage had pectus excavatum, the most common congenital (present at birth) deformity of the chest. Pectus excavatum is estimated to occur in 1 of every 300 – 400 births, more often in boys than girls.

“Pectus excavatum—also called “sunken chest” or “funnel chest”—is an abnormal development of the rib cage in which the sternum, or breastbone, grows inward. While the condition is present at birth, it often becomes apparent during puberty, when kids experience rapid growth. Some cases are mild; some kids outgrow it. But more severe cases typically require surgery, usually between the ages of 10 and 14,” says Dr. Tsao. “Gage exhibited classic symptoms. In addition to the indentation in his chest, he suffered from shortness of breath, chest pain and breathlessness on exertion.”

As Gage neared his 16th birthday, it became apparent that surgery would be required. “Gage was struggling to breathe. He was playing—and living—through pain,” says Dr. Tsao.

Dr. Tsao explained that he would be performing a surgery called the Nuss procedure, also known as minimally invasive repair of pectus excavatum (MIRPE), during which he would insert a metal Nuss bar into Gage’s chest between his sternum and heart. The Nuss bar would push and hold the breastbone outward, flat with the rest of his chest, allowing the cartilage to be fixed in proper position. After about three years, the Nuss bar would be surgically removed.

Gage and his family are grateful for the quality care they received at Children’s Memorial Hermann Hospital. “We couldn’t have asked for a better experience,” says Kem. “The doctors and the hospital staff were absolutely amazing. And they were compassionate, always explaining everything to us. Even the physical therapist knew a lot about basketball and really tried to relate to Gage.”

"I feel a hundred times better than I ever have." 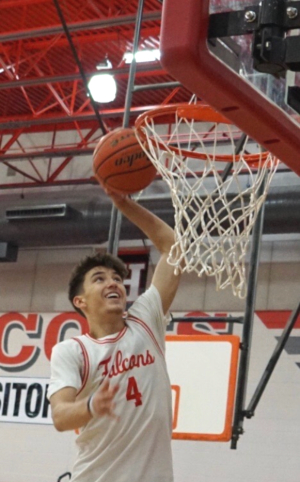 Because of his surgery, Gage missed playing basketball his entire junior season. Three months passed before he could even pick up a ball. Six months after his surgery, he shot the ball again for the first time. Through hard work and determination, he came back stronger than ever.

“I feel a hundred times better than I ever have,” says Gage. “And I can do things, like weight training, squats, bench press, that I was never able to do before. Before my surgery, during workouts, I would have to stop and lay on the floor. After my surgery, I broke my high school record in basketball running, running a 5:17 mile.”

In his online recruiting personal statement, Gage said, “I would love to play at the highest competition level possible and make an impact on the team.” With pectus behind him, there is no telling how far Gage will go.

“I am blessed to be surrounded by God, my family and great doctors, like Dr. Tsao. He has always believed in me,” says Gage.

1Located within the UTPhysicians Professional Building in the Texas Medical Center, The Fetal Center is affiliated with Children's Memorial Hermann Hospital and the physicians at McGovern Medical School at UTHealth.