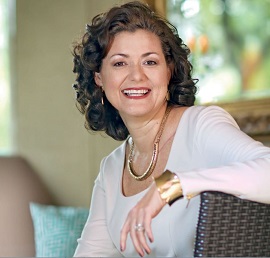 Leiomyosarcoma is a rare malignant tumor of the smooth muscle cells that can arise almost anywhere in the body, but is most common in the uterus, abdomen or pelvis. The cancer typically spreads through the blood stream to attack the lung, liver, blood vessels and other soft tissues in the body. Leiomyosarcomas can be very unpredictable, remaining dormant for long periods and recurring after many years. The best outcomes occur when tumors can be removed surgically early, with wide margins, while small and in situ.

Hilary Cannon had passed that point by the time she was referred to Daniel H. Kim, M.D., F.A.A.N.S., F.A.C.S., who joined the Mischer Neuroscience Institute at Memorial Hermann-Texas Medical Center from Baylor College of Medicine in October 2012 and holds a concurrent appointment as professor and director of spinal neurosurgery and reconstructive peripheral nerve surgery in the Vivian L. Smith Department of Neurosurgery at McGovern Medical School at UTHealth. Diagnosed in 2006 with an even rarer type of leiomyosarcoma that originated in her inferior vena cava, Cannon found herself, by the fall of 2012, at the end of known or offered treatments for her particular manifestation of the disease.

During the seven years following her diagnosis, metastases had appeared on her scalp, rib cage, interior lungs, liver, lymph nodes, spine and neck. Under the care of a sarcoma oncologist at a renowned cancer center, the tumors were resected when possible. She underwent radiation therapy twice and endured three courses of aggressive adjuvant chemotherapies.

The metastases grew, but with treatment they remained under control.

In June 2012, when a tumor on her spine caused spinal cord compression of 50 percent, her medical team scheduled a resection. The largest remaining tumor was a cosmetically disfiguring left supraclavicular brachioplexus sarcoma that measured between five and seven centimeters – between the size of a golf ball and a baseball.

Scans done every three months revealed that the tumor was growing rapidly. When Cannon began to lose the use of her left arm and suffered significant pain in the upper left chest area, her sarcoma specialist advised her that surgery to remove the sarcoma would put her at high risk for paralysis of the arm or hand, and offered her palliative care.

“I was 45 years old and healthy as a horse except for this little cancer thing,” she says, in her characteristic affirmative style. “I volunteer in the community and exercise daily. I live a normal life with my husband and two kids. I’m a creative writer, I travel a great deal and I’m into photography. I’m very active in my Christian faith and church community. Accepting palliative care as my only option was just not reasonable for me.”

Help From a Friend

A suggestion from a friend led her to schedule an appointment with neurosurgeon Richard Harper, M.D., who holds staff appointments at three Texas Medical Center hospitals and faculty appointments in the department of Neurosurgery and department of Surgery at Baylor College of Medicine. It was Dr. Harper who referred her to Dr. Kim, who is nationally and internationally renowned for his expertise in spinal neurosurgery and reconstructive peripheral nerve surgery.

An adjunct professor in the department of Bioengineering and Electrical Engineering Computer Science at Rice University, Dr. Kim is renowned for his research in radiographic nerve imaging, minimally invasive spine surgery, endoscopic spinal surgery, computer modeling of a spinal motion segment and reconstruction of peripheral nerve injuries. He is the recipient of numerous grants from prestigious organizations and agencies, and has coauthored more than 120 peer-reviewed journal articles related to his research and subspecialty practice.

“Dr. Kim put me at ease immediately with his confidence and forthright approach,” Cannon says. “He looked at my most recent scans, saw that the mass was compressing my left brachial plexus and was immediately very confident that he could perform an uncomplicated resection of the tumor with clean margins. After we talked, there was no doubt in my mind that I would move forward with the surgery.”

Dr. Kim accompanied Cannon to the OR on Nov. 1, 2012. “The tumor occupied almost the entire space of the posterior cervical triangle from the apex of the sternocleidomastoid muscle to the trapezius, all the way down to the base of the clavicle,” he says. “We were able to successfully remove the entire tumor en bloc under the microscope.”

Scheduled for a three-day hospitalization, Cannon was discharged within 24 hours of her admission for surgery. “Dr. Kim performed the procedure with such finesse and so little impact on my body that I recovered the use of my arm quickly,” she says. “There were no staples or external sutures, only internal sutures and Steri-Strips. I healed so quickly that three weeks after the surgery I flew to Albuquerque to spend Thanksgiving with my husband’s family. I have a long, V-shaped scar but he did such a great job following the crease of my neck that you can only see it when I’m wearing a tank top.”

Cannon describes her experience with Dr. Kim as very personally moving. “He had such confidence, and that meant so much to me after the experiences I’d had with other doctors. He explained the risks but told me that during his years of practice he had performed more than 7,000 surgeries including more than 1,000 in the brachial plexus area. For a neurosurgeon, he has an unusual bedside manner. I was impressed by his talent and skill, and touched by his humility. ‘I’m not the one in control,’ he told me. ‘God is.’

“At my follow-up he told me that I have a great attitude and asked me how I keep it up,” she adds. “Many nurses have asked me that question but never a doctor. He was the first.”

He was also the first physician who considered removal of her tumor reasonable. “To have someone of his stature agree with me validated my decision and gave me more confidence in my choice,” she says. Dr. Kim describes Cannon as “a lovely lady who is beyond positive. Her story uniquely describes my subspecialty. She had a very aggressive malignant tumor that was encased in intricate neurological structure and a very uncertain prognosis. Others thought the surgery was too technical and high risk. We were able to remove it with no deficit.”