When Julie Batsche was diagnosed with relapsing-remitting multiple sclerosis (RRMS) by Jerry S. Wolinsky, MD, she was fresh out of college, Ronald Reagan was president, Ghostbusters topped the movie charts and the first Apple Macintosh home computer was introduced to the world. Much has changed since her original diagnosis in 1984, yet one thing has remained a constant in Batsche’s life – her deep respect and admiration for her neurologist of 30 years, whom she credits with helping her to manage her disease and live a full and active life.

“Finding Dr. Wolinsky all those years ago was the best thing that has ever happened to me,” said Batsche. “If not for him, I think the course of my disease would have been very different.” At only 22 years old, she developed optic neuritis and was referred to Dr. Wolinsky by her neuro-ophthalmologist. “I was diagnosed 30 years ago, and there was essentially no treatment for MS aside from corticosteroids,” said Batsche. “Dr. Wolinsky reassured me that much research was underway, including his own, and that in ten years I could expect big changes in terms of drug therapies that would help my condition.”

True to his word, almost exactly ten years later, Batsche was one of the first patients to try what was then a novel therapy called BETASERON. “It was very effective for me and I took it for almost 16 years.” After Batsche developed antibodies that rendered the drug ineffective, she took COPAXONE for four years and is now on TECFIDERA. “Dr. Wolinsky is so knowledgeable about what is on the horizon,” said Batsche. “He has never pushed me to do anything, but I have always felt that he has made the newest and most advanced therapies and trials available for me.”

Dr. Wolinsky, who is the Bartels Family and Opal C. Rankin Professor of Neurology at UTHealth Medical School, is committed to advancing research and finding new treatments for MS. He says that the advancements that have been made in MS therapies since Batsche’s diagnosis are remarkable, and a number of promising treatments are uncovered on a continual basis. “When I first started practicing here over 30 years ago, close to 25 percent of the patients hospitalized in the neurology service line were those suffering from MS attacks. Today, because there are so many effective drug therapies, we may have one MS patient in the hospital on occasion.” 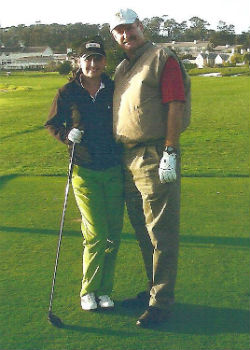 As for Batsche, she credits Dr. Wolinsky with her ability to pursue a successful career as a high school English teacher before continuing her two favorite hobbies into retirement, which include golfing and traveling with her husband of 26 years. “Shortly after I was first diagnosed, I walked the ruins of Greece because I didn’t know how long I would be able to do that. Guess what? I can still do it, and I am getting ready for a trip to Rome this summer,” she said. “For years I volunteered five nights a week in a downtown homeless shelter, where the work was physically demanding. It is the most important work I have ever done, and he made that possible.”

Batsche remains in excellent physical shape today, and says that those who don’t know her would be surprised to learn that she has RRMS. “Dr. Wolinsky has been such an encouragement to me,” said Batsche. “Even when we moved out of Houston for my husband’s job for a few years, I commuted for my appointments. He has dedicated his entire career to helping people like me, and I firmly believe he is the reason that I am still walking today.”