Knee Replacement Surgery Gets Karl Back on the Golf Course

In reviewing his options for knee replacement surgery, Memorial Hermann | Rockets Orthopedic Hospital stood out to Karl because of their specific expertise and focus on orthopedics.

Choosing a Hospital with Expertise 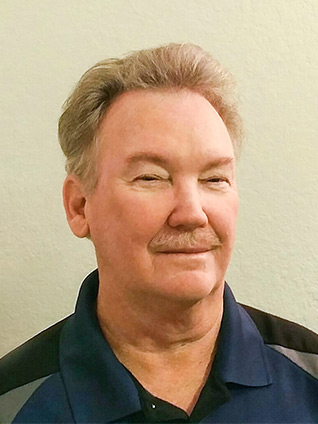 Before having both knees replaced, Karl had previously gone through arthroscopic procedures on each knee to address arthritis and diminishing cartilage. Both of which were causing him a lot of pain and making it difficult for him to walk, despite taking over the counter and prescription pain medications. In reviewing his options for knee replacement surgery, Rockets Orthopedic Hospital stood out to him because of their specific expertise and focus on orthopedics.

Once he settled on where to have the surgery, it was just a matter of picking the surgeon. Karl pretty quickly settled on Dr. Kenneth Mathis, affiliated orthopedic surgeon with Rockets Orthopedic Hospital, “based on word of mouth and references from friends and family that already had the surgery.”

Impressed with the Pre-surgery Preparation

Karl’s first surgery was scheduled for late January 2016, and he attended with the Rockets Orthopedic Hospital nurse navigator the preoperative classes, which are designed to answer patients’ questions as well as to prepare them for surgery, recovery and discharge. “I thought this was a great session to offer so that patients can better understand what they are getting into with the replacement surgery,” says Karl. He “felt comfortable with the facility and going through the pre-op sessions to explain everything Rockets Orthopedic Hospital provided in hard copy about the surgery, rehab and the exercises, including pain management — I thought that was really good.”

Karl decided to stay in the Signature Suites at Rockets Orthopedic Hospital based on his daughter’s recommendation. “As a physical therapist who deals with elderly patients in her practice, my daughter thought the Signature Suites would be a great idea due to the personalized attention patients receive.” In addition, the suites are more comfortable for spouses or other family members during surgery and recovery. Patients have a dedicated nursing staff to assist them as well as other amenities that make it feel more like a hotel setting.

On the Golf Course by Spring

After surgery, Karl was surprised that his knee pain had diminished considerably. He attributes this to the pre-surgery protocol that Dr. Mathis follows — taking pain medications, etc. Once he got through the eight weeks of physical therapy, Karl’s mobility increased considerably and he started playing golf again this spring.

“We ended up having a lot of staff visit us over the course of the two surgeries, including the Head of Nursing — and they were all genuinely concerned about my well-being, so I was really pleased with that,” he said. In the Signature Suites, Karl stated that “everyone really bent over backwards for us, particularly the nursing staff.” He continues, “if anyone is considering knee replacement surgery, I try to tell them about Memorial Hermann’s facility — it’s a great place.”

Complete and submit the form below and a Nurse Navigator from Memorial Hermann Joint Centers will reach out to answer your questions and help guide you down the path to a life with less pain.

Thank you for contacting the Memorial Hermann Joint Centers. We have received your inquiry, and a team member will contact you soon.