Lindsay Holstead: Back in the Saddle 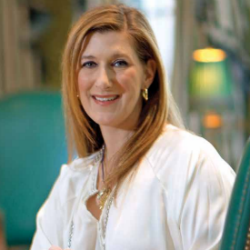 Equestrian Lindsay Holstead was leading her warmblood to the pasture on an unseasonably cold day in April 2013, when he became rambunctious and began to buck. “He’d torn a ligament eight months earlier and had been exercised daily on a treadmill, but hadn’t been turned out for all that time,” Holstead says. “So he was especially frisky. He bucked and bumped into me. I lost my balance and fell, and his hoof hit me in the right side of the forehead where it curves toward the temple, shattering my skull.”

Holstead was unconscious when the stable in Magnolia, Texas, called 911. Paramedics with the Montgomery County Fire and Rescue Service arrived on the scene, saw the skull fracture, splintered bone and scalp and facial lacerations and called Memorial Hermann Life Flight® for transport to Memorial Hermann-Texas Medical Center’s Level I Texas Trauma Institute.

At the Institute, a CT scan showed a right frontal depressed skull fracture, subarachnoid hemorrhage, subdural hematoma and fractures of the right maxillary sinus, inferior orbit wall and greater sphenoid wing. Neurosurgeon Karl M. Schmitt, MD, an assistant professor of neurosurgery at McGovern Medical School at UTHealth, performed a craniotomy. In a four-hour surgery, he debrided the facial laceration and skull fracture and repaired a tear in the dura, the tough fibrous membrane that surrounds the brain and spinal cord.

Holstead was taken to Mischer Neuroscience Institute’s Neurotrauma ICU in serious but stable condition. After two days in intensive care, she was transferred to Memorial Hermann-TMC’s Signature Suites. Two days later she was released to home.

“Dr. Schmitt saved my life,” she says. “Everyone did an outstanding job. I bounced back very well and quickly. I’m glad to be here, period.”

Two weeks after her surgery she followed up with neurosurgeon Scott Shepard, MD, a member of the MNI team and an assistant professor of neurosurgery at UTHealth Medical School. In November, Dr. Shepard placed an artificial prosthetic implant to repair a skull defect where a portion of Holstead’s bone was destroyed.

“I want to say how truly amazing everyone was at the hospital during my time of need. The Memorial Hermann team was steadfast, professional, attentive and did everything the right way,” she says. “The doctors were fantastic and saved my life. I had never had the need to be admitted to Memorial Hermann-TMC for trauma before, and my family and I were highly impressed. I often question where I might be today if it weren’t for the Memorial Hermann team.”