Lizzy’s NICU Stay: The Bright Spot in a Dark Cloud 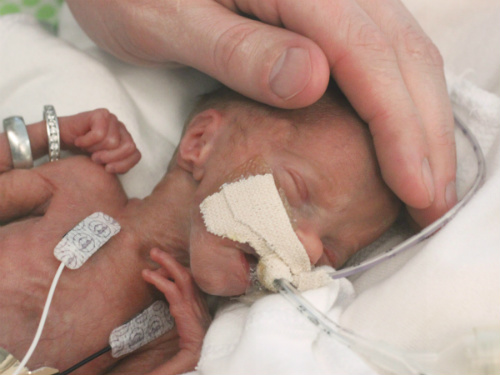 Meghann had planned a natural home birth for her first child, Elizabeth Caroline (“Lizzy”). When she started having abdominal pains at 23 weeks, her midwife ordered lab tests that came back normal. A week before Lizzy was born on January 18, 2013, severe abdominal pain sent Meghann to the ER at nearby Memorial Hermann Katy Hospital. The next day she was transferred to The Women’s Center at Children’s Memorial Hermann Hospital in the Texas Medical Center, where she was diagnosed with HELLP syndrome – Hemolysis, Elevated Liver Enzymes, and Low Platelet Count.

HELLP syndrome is a life-threatening pregnancy complication considered to be a variant or complication of preeclampsia. Associated with serious liver manifestations, including hemorrhage or rupture, HELLP can be difficult to diagnose, especially in mothers who do not have high blood pressure and protein in the urine. Its symptoms are sometimes mistaken for gastritis, acute hepatitis, gall bladder disease and other conditions. The global mortality rate for HELLP syndrome has been reported to be as high as 25 percent.

At the Women’s Center, Meghann was put on bed rest under the care of Baha Sibai, MD, professor in the department of Obstetrics, Gynecology and Reproductive Sciences at McGovern Medical School at UTHealth. Dr. Sibai specializes in maternal-fetal medicine and is a world-renowned specialist on HELLP syndrome and preeclampsia.

“It was a very frightening time for us because we were afraid we would lose our baby. I didn’t have high blood pressure, which usually means an immediate delivery, so I wanted to wait as long as possible,” she says. “Dr. Sibai prescribed steroids, which brought down my liver enzymes and increased my low platelet level enough that I could be on bed rest safely for five days before the pain came back. Those five days gave Lizzy a better chance of survival.”

“We want to get the baby to the highest gestational age possible so that the risk of complications is reduced,” says Amir Khan, MD, medical director of the Children’s Memorial Hermann Hospital Neonatal Intensive Care Unit (NICU), affiliated with McGovern Medical School at UTHealth. “Meghann’s daughter was born at 25 weeks and when babies are born early, the chance of survival drops precipitously.” 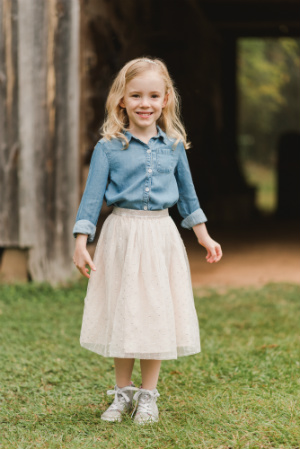 A three-month stay in the NICU is not uncommon for some of the smallest babies and a very rough start for the family because parents know the course of a very premature NICU baby is unpredictable. Care is led by a neonatologist, neonatal nurse practitioners, pediatric residents and fellows, and delivered by specially trained healthcare professionals that include certified NICU nurses, respiratory therapists, pharmacists, dietitians, speech therapists, physical therapists, occupational therapists, social workers and lactation consultants. Parents also have access to the full range of pediatric specialists and subspecialists.

“The number of people and specialties involved in the care of NICU babies is enormous,” says Dr. Khan. “For other disorders patients generally stay for a few days at the most. When they go home at night, they don’t know if they’ll be called back to the hospital because of a change in condition. Over time, we see parents become hardy and learn to take things in stride. You know you’re getting close to being ready to go home when the number of good days is greater than the number of bad days.”

After her delivery, Meghann stayed at the Women’s Center for another week until her lab tests returned to normal range. Lizzy was released from the NICU at exactly 90 days. Meghann and her husband, Simon, came to the NICU every day to see their daughter. After she was discharged from the Woman’s Center, they moved to the Ronald McDonald House and the couple stayed there almost every night.

Meghann describes Lizzy’s NICU stay as “the bright spot in a very dark cloud.” “The entire NICU team was really great. The team kept us well informed during the entire three months, and provided the most technologically advanced care without losing sight of the value of human touch.”

Lizzy is why Meghann now serves on the Children’s Memorial Hermann Hospital NICU Parental Advisory Council (NICU PAC). She is currently chair of the council, after joining in 2016. “It’s really cool to have an opportunity to give back,” she says. “I was an uber-involved NICU parent. I was there for rounds first thing in the morning, and my husband got off work early so he could be there in the evening. We tried to cover most of the day before going to bed. Seeing the NICU first as a parent and then learning more about its inner workings on the NICU PAC is a full-circle experience. They’re an amazing team with a deep concern for patients and their families.”