Maria Trevino: Back at Work After DBS for Parkinson’s Disease

Diagnosed in 2007 with Parkinson’s disease, Maria Trevino describes herself today as “a new person” thanks to the skill of the deep brain stimulation (DBS) team at the Mischer Neuroscience Institute. 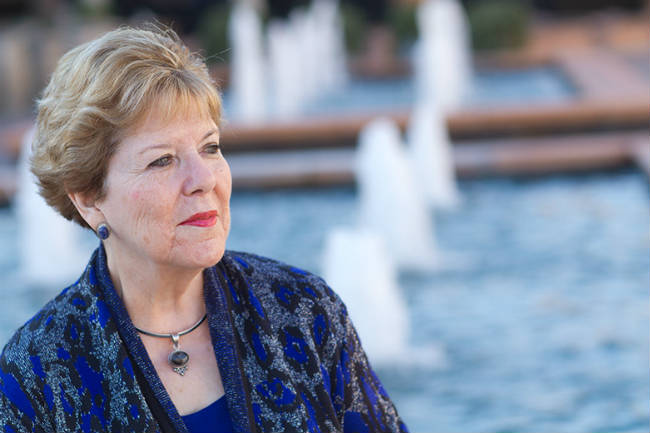 When Trevino learned about movement disorders specialist Mya Schiess, MD, in 2010, after treatment at another institution, she scheduled an appointment. “Ms. Trevino had tremor, rigidity and slow movement especially on her right side,” says Dr. Schiess, who is professor and vice chair of the department of Neurology and holds the Adriana Blood Endowed Chair at McGovern Medical School at UTHealth. “When we first knew her as a patient and even early in follow-up, she had unilateral symptoms and could normalize her motor function. But a trained eye could see she was having difficulty.”

Parkinson’s symptoms are caused by a lack of dopamine, a natural substance usually found in the brain. As the disease progressed, Dr. Schiess switched Trevino from a dopamine agonist regimen – often the first medication prescribed to treat Parkinson’s disease – to carbidopa/levodopa, which works by being converted to dopamine in the brain. Her stiffness and slow movement improved.

An Interest in Deep Brain Stimulation

“Early on in the relationship, we educate our patients about Parkinson’s disease and all the treatment options,” says Dr. Schiess, who is director of UT MOVE, a program focused on clinical care, education and basic science research on the neurological conditions of motor systems disruption, including movement disorders, cerebral palsy, spasticity, neurodegenerative diseases and dementias. “When we talked about deep brain stimulation, she was quite interested.”

Approved by the FDA for the treatment of Parkinson’s disease in 2002, DBS uses a surgically implanted, battery-operated medical device called a neurostimulator – about the size of a stopwatch – to deliver electrical stimulation to targeted areas in the brain that control movement, blocking the abnormal nerve signals that cause symptoms.

When her symptoms progressed, Trevino, a human resources executive with a long and successful career in the hotel industry, made the decision to retire. Ten months later, after DBS surgery, she returned to work.

In July 2013, Dr. Schiess, her movement disorders fellow Michael Soileau, MD, and neurosurgeon Albert Fenoy, MD, took Trevino to the OR, where Dr. Fenoy placed a DBS electrode into Trevino’s subthalamic nucleus. “We placed a stereotactic frame on her head and using MRI visualization, we made two burr holes in the skull while she was awake, and descended microelectrodes into the brain to verify neuronal activity and confirm that we’d reached the target areas,” says Dr. Fenoy, a deep brain stimulation specialist affiliated with the Mischer Neuroscience Institute and an assistant professor in the Vivian L. Smith Department of Neurosurgery at McGovern Medical School. “Then we placed the actual DBS leads and test stimulated to see what kind of response she had and whether she had any side effects. The surgery went extremely well.” Two weeks later, with Trevino under general anesthesia, they placed extensions from the electrodes to the neurostimulator and implanted it in her chest under the clavicle.

“I decided to do DBS because I wanted to be normal, and that decision has made a huge difference in my life,” Trevino says. “When I see people now, they don’t know there’s anything wrong with me.

“Dr. Schiess and I clicked from day one,” she adds. “She’s a beautiful, caring person, and I love her dearly. Dr. Schiess, Dr. Fenoy, and Dr. Soileau are my guardian angels. They’re the best in town. That lady is amazing. She treats you like family. She’s 100 percent my idol.”