When the champagne corks popped to greet 2015, Mike Autrey was celebrating New Year’s Eve with friends at a country club near his home in Ciudad del Carmen, just off the coast of Campeche, Mexico. He wasn’t supposed to be at the party.Just the previous June, he’d been diagnosed with lung cancer and told he probably wouldn’t live through the year. 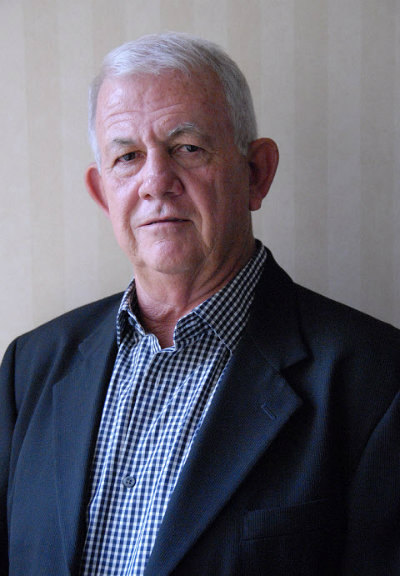 Autrey, a 65 year old American citizen, has been a permanent resident of Mexico since 1993 when he went there on a one-week business trip, stayed, married and raised a family. He had just become the CEO of a Mexican energy company when his health started to deteriorate to the point that he resigned his fourth day on the job. An avid, mid-handicap golfer, his four sets of clubs had moved to the closet.

Initially he was diagnosed with anemia and started receiving iron infusions, resulting in minimal improvement. A few weeks later he was hospitalized with pneumonia and that’s when one of the doctors saw “something suspicious” on a chest x-ray.

Further imaging revealed a 20cm tumor in the chest, and after a biopsy on February 22, 2014, he was referred to an oncologist with a diagnosis of carcinoid tumor of the lung.

Although he was becoming weaker, his doctors advised a cautious approach, using injections -and oral medication - based on their diagnosis of carcinoid cancer, a relatively slow-growing form of the disease. By June, the bronchial tumor had doubled in size. Because of its location next to his heart, they told him it was inoperable, that radiation would be of no use and chemotherapy presented too much of a danger of kidney failure. He was told he had three to six months to live.

After talking to friends and family in Houston, he decided he had nothing to lose by getting a second opinion. Too weak to walk, he boarded the plane in a wheelchair just two days later. He came to the Memorial Hermann Cancer Center-Texas Medical Center, where he met medical oncologist Dr. Syed Jafri.

“When I first met Mr. Autrey, he had little hope and low prospects of successful treatment,” recalls Dr. Jafri. Upon first glance at his medical records from Mexico, Jafri immediately suspected a misdiagnosis. The tumor had grown uncharacteristically fast for carcinoid cancer, so he turned his attention to determining its real nature. Autrey had brought not only his records (which had to be translated), but also tissue samples from the biopsy. Jafri sent the slides to a specialist, who confirmed small cell lung cancer, a form that shares common neuro-endocrine features with carcinoid cancer, but tends to be extremely aggressive.

With any form of cancer, Dr. Jafri says, two factors are extremely important: “the right diagnosis and the right treatment.” Anything less greatly lessens the chances for a successful outcome. For Mike Autrey, the treatment began with 12 weeks of chemotherapy given along with radiation to the chest. Since this type of cancer has been shown to spread to the brain in 50 percent of cases, he also received 10 days of prophylactic radiation to the brain. He tolerated both chemotherapy and radiation fairly well without any interruptions or significant side effects.

Feeling much stronger and more hopeful, he returned home to Isla del Carmen in December to celebrate the baptism of a grandson and nephew as well as the dawn of a new year – the one he wasn’t expected to see. He remembers thinking repeatedly, “I shouldn’t be here today, but I am.”

In January, Autrey returned to Houston for follow-up imaging, including a PET scan and MRI. The results, according to Jafri, were just what a patient wants to hear -- in remission, no active cancer. “We met the immediate goal: to contain this cancer and let Mr. Autrey get on with his life,” he says.

For Autrey, “getting on with his life” certainly includes golf. During his treatment, his clubs came out of hibernation and, although at times he was only able to hit three or four balls at the driving range, “it was a good start. Now, I’m ready to get back to the golf course.”

“Dr. Jafri has been awfully good to me. I even have his cell number,” Mr. Autrey says. “I’m so happy I came to Memorial Hermann Cancer Center. They literally saved my life.”