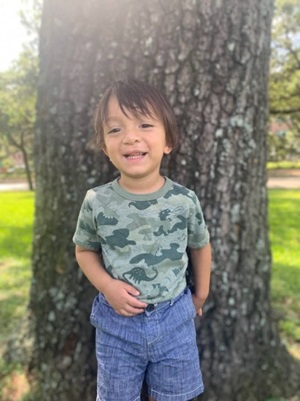 Three-year-old Neal Wille is among the one in 700 kids annually around the world born with a cleft lip and palate. Today, he’s a ball of smiles and sunshine when his parents bring him to see the Texas Cleft-Craniofacial Team for follow-up care after his surgeries that were performed at Children’s Memorial Hermann Hospital in 2018 and 2019.

Tom and Sheila Wille learned their son had a cleft lip and palate after her routine anatomy scan at 21 weeks of pregnancy. “It was alarming when we found out,” Sheila says. “Tom was with me during the scan but was not in the doctor’s office when I found out about the cleft lip and palate. It was very emotional for me at the time.”

Her OB/GYN referred the couple to Memorial Hermann-affiliated surgeon Matthew Greives, MD, the Dr. Thomas D. Cronin Chair of Plastic Surgery and an associate professor in the Department of Pediatric Surgery at McGovern Medical School at UTHealth Houston. Dr. Greives serves as chief of plastic surgery at Memorial Hermann-Texas Medical Center and Children’s Memorial Hermann Hospital. He also is director of the Texas Cleft-Craniofacial Team, one of the largest and longest running cleft teams in the state of Texas. Founded in 1952, the team combines the expertise of physicians and allied health professionals from 13 specialties and subspecialties to ensure patients receive coordinated, evidence-based care and experience the best possible clinical outcomes.

The Willes scheduled a consultation with Dr. Greives, and they also met with other members of the multidisciplinary team of affiliated physicians and healthcare providers at The Fetal Center at Children’s Memorial Hermann Hospital who care for patients from before birth, after delivery and into childhood. “They were highly recommended, and I knew Dr. Greives had good credentials,” Sheila says. “I liked the team because they seemed like a partnership and were very focused. What really convinced us was when we met the coordinator for the cleft team, who pulls everyone together and helps parents through their ups and downs.”

While cleft lip and palate surgery is never routine for parents, for the team the surgery is all in a day’s work. “In fact, it’s one of the most common birth defects,” says Dr. Greives, who also is director of the Vascular Anomalies Program at UTHealth Houston and Children’s Memorial Hermann Hospital, a program he helped found in 2014. “The majority of our kids are diagnosed before birth, which gives us a chance to sit down with the parents, give them information about surgical risks and show them photos of our surgeries to let them know that their child can have a positive outcome. It gives us time to make sure parents feel fully informed and can ease any anxiety they may have about the surgery so that they can progress toward their delivery date with solid knowledge of what to expect. We also pair them with peers from our amazing network of families who make sure other parents are well taken care of and feel knowledgeable about the process.”

Neal was born in September 2018, and in December, Dr. Greives took him to the OR at Children’s Memorial Hermann Hospital to repair his cleft lip. “No matter how well informed they are, parents always find the lip surgery very stressful as they watch their tiny 3-month-old baby being wheeled into the OR,” he says. 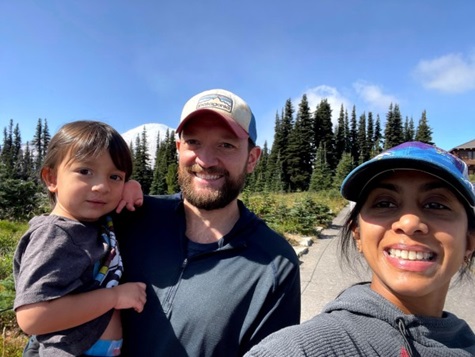 The palate repair was scheduled for October 2019 when he was 13 months old. “It took Neal about 3 weeks to recover,” Sheila says. “We had to puree his food and feed him using a syringe. At a year of age, he was not happy with the no-nos. The most difficult part was feeding. If he wasn’t eating right, he didn’t sleep well and was not in a good mood.”Neal did well and spent one night in the hospital. “The first couple of days after the lip surgery were challenging, but he could eat with a bottle right away and recovered quickly,” Tom says. “He had to wear arm braces – the no-nos – for 3 weeks so he couldn’t touch his face.”

Two years later, the Willes say they are 100 percent happy with the outcome. “People who meet Neal have no idea he was born with a cleft lip and palate,” Tom says. “He’s grown well and although he had a delay in speech, he speaks normally.”

Both parents were impressed with the team. “Dr. Greives’ bedside manner with Neal was impeccable, and he did an excellent job,” Sheila says. “He and the clinical coordinator put us at ease before he was born, and the entire team was very communicative and caring. Finding out early and meeting the team when I was 28 weeks pregnant really put me at ease. They’ve been with us every step of the way.”