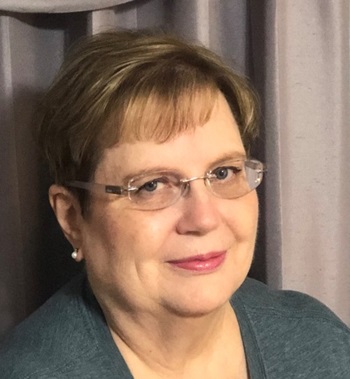 In May 2019, Peggy Setliff had her first 3-D mammogram following a 4-year lapse in annual mammograms.

“My younger sister was diagnosed with breast cancer at age 54, and my father died of three different forms of cancer,” says the 66-year-old, who works at Memorial Hermann-TMC. “I had become lackadaisical about my mammograms. I knew I needed to get serious.”

Setliff says immediately after the test, the radiologist came into the room.

“She said she saw a spot close to the chest wall that looked ‘a little brighter’ than on past mammograms,” recalls Setliff. “I didn’t even know about the spot in the first place.”

At the urging of her primary care physician, Setliff underwent a breast biopsy in July. Two weeks later, she found herself in the office of Emily Robinson, MD. “Dr. Robinson explained I had atypical ductal hyperplasia (ADH), a non-cancerous condition that increases the risk of breast cancer,” says Setliff. “It was a shock.”

In September, Dr. Robinson performed a lumpectomy, removing the non-cancerous abnormal tissue, then referred Setliff to Dr. Jones for ongoing preventive breast care. “I may be one of the few oncologists who is happy to see these non-cancerous lesions. Most oncologists treat people with cancer; I want to stop it before it starts,” says Dr. Jones.

“Peggy had dense breast tissue, which, coupled with her age and her family history, put her at a 50.8 percent risk of developing breast cancer in her lifetime versus a 7.5 percent average risk for a woman her age,” says Dr. Jones.

Dr. Jones created a personalized plan for Setliff that includes the use of tamoxifen, a hormonal drug therapy that blocks the effects of estrogen in breast tissue, reducing breast tissue density; annual MRIs and mammograms, staggered every 6 months; physical breast exams every 6 months; increased exercise; and changes to her diet.

“Peggy is now healthier, happier and more knowledgeable,” says Dr. Jones. “She is taking control of her health.”

“I love Dr. Jones,” says Setliff. “She takes the time to listen. She really cares. On my first visit, she gave me her cell phone number. You don’t see that every day.”