Fourteen-year-old Mina is a champion. Every day, she overcomes obstacles to pursue her lifelong goal of becoming a world-class gymnast. At the World Champions Centre in Spring, Texas, where she trains, she endures long hours, grueling workouts and out-of-town meets that take her away from friends and family. But recently, despite her hard work and fierce determination to be the best, Mina almost met her match. 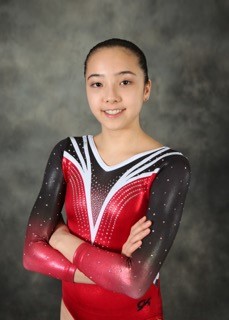 Mina began gymnastics when she was 2. Since age three, she has undergone 12 surgeries and several nonsurgical treatments on her cheek. Her mother, Michiyo, explains, “Mina’s condition doesn’t restrict her from doing normal activities; however, as she grows, the mass grows as well. If we were to leave her condition untreated, she would have a massive, enlarged cheek, constant infection inside her cheek, pressure pain and potential breathing problems. Therefore, whenever the mass grew and showed symptoms, Mina needed medical treatment.”

Michiyo adds, “Since we are a military family, we couldn’t choose locations to live where there were doctors who could treat her condition. Every time we were relocated, we had to travel to receive her medical treatment. Before we moved to Houston, we were in Hawaii, where there was no doctor who could treat a venous malformation. So, we began looking for a place where she could do both, train and be treated.”

About a year after moving to Houston, Mina’s cheek began interfering with her training, causing her pain, especially when she performed handstands. “In between me and my teammate’s turns,” Mina says, “I would have to ice, and then take my turn to practice.” Michiyo’s research to find the best care for Mina led them to affiliated pediatric plastic surgeon Matthew R. Greives, MD, pediatric plastic surgeon at McGovern Medical School at UTHealth, affiliated with Children’s Memorial Hermann Hospital, and medical director of the interdisciplinary vascular anomalies team at UTHealth.

Dr. Greives explains that Mina’s treatment protocol was based on her specific situation. “While for some 12-year-olds with this type of lesion we might not recommend surgery, in Mina’s case, based on her high level of activity, and the fact that her lesion would fill up with blood when she trained, causing her severe pain, we recommended Mina undergo a sclerotherapy treatment, a minimally invasive treatment aimed to shrink the affected vessels.” 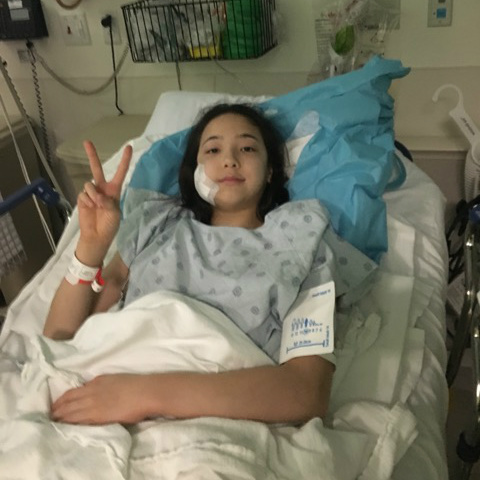 In May 2017, Rodrick Zvavanjanja, MD, FRCR, an interventional radiologist affiliated with Children’s Memorial Hermann Hospital and on the faculty at the McGovern Medical School, performed the procedure. “In sclerotherapy for this type of lesion, an agent is injected into the vessels in the lesion, to make them shrink,” explains Dr. Zvavanjanja. “The agent irritates the walls of the vessels, causing them to form scar tissue, then to collapse. Sclerotherapy is a minimally invasive surgery that can be performed as an outpatient procedure. Patients typically recover quickly, with little downtime.”

Mina’s cheek was swollen right after treatment, but once the swelling was gone, she was pain free, and her malformation was barely noticeable. She is now back to her regular training routine and is currently a level 10 gymnast, the highest level in the USA Gymnastics Junior Olympics Program.

Dr. Zvavanjanja adds, “The key to successful outcomes lies in appropriate patient selection and a strong team effort, which is best achieved by a multidisciplinary team with specialist interest in these unique conditions.”

Dr. Greives says, “Although venous anomalies are fairly rare, we see them quite often. We are able to provide personalized treatment to these kids.”

Mina and her family hope that through sharing Mina’s story, others with vascular anomalies will seek treatment. “We found Children’s Memorial Hermann Hospital” says Michiyo, “and we know we made the right choice.”