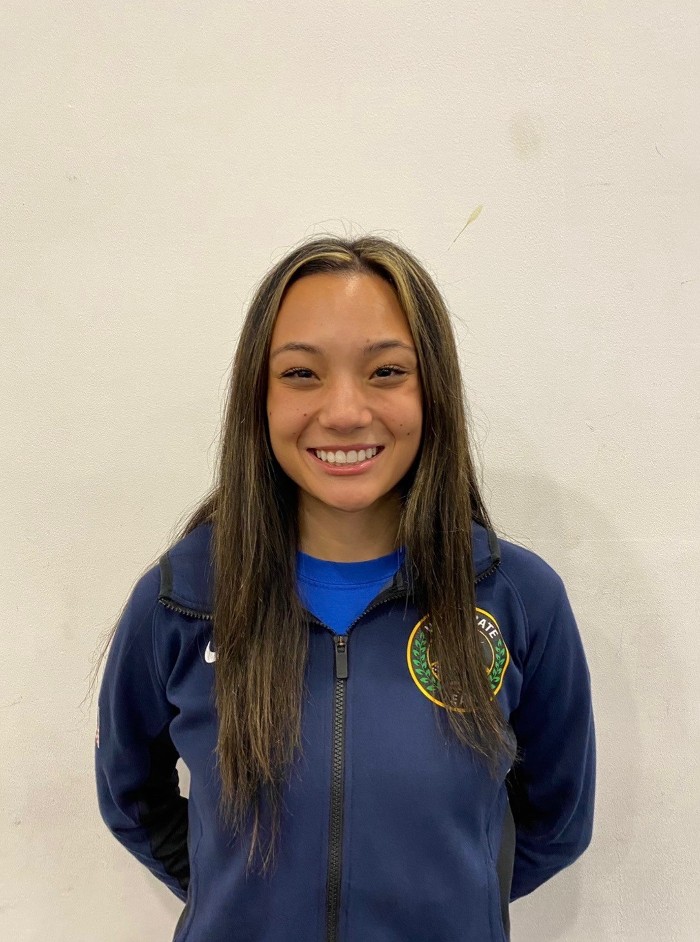 Elite athlete Alexandra Wainwright, 20, began her practice of karate at the age of 8. At the age of 17, she was diagnosed with hip dysplasia and had bilateral hip preservation surgeries as a patient at Children’s Memorial Hermann Hospital, which was named a Best Children’s Hospital in 2022-23 by U.S. News & World Report and received national rankings in four pediatric subspecialties, including pediatric orthopedics. Now, Alexandra competes with the best athletes from North and South America at the Pan American Games, with her eye on the 2028 Olympics.

As a child, Wainwright was taking ballet classes when the karate school next door held a demo. “My eyes lit up, and karate just stuck with me,” she says. “I loved it so much that I switched to online high school my last two years to devote all my free time to it.”

After competing in local tournaments, she tried out for the USA Karate Junior National Team at the age of 12. “The first year I didn’t make it, but I worked super hard and made the team the next year,” she says. “Then I qualified for the Junior Pan American Games.”

When she was 16, she began to feel a pinch in both hips during karate practice. “At first I thought I wasn’t stretching enough or allowing myself to recover properly,” Wainwright says. “Between practice sessions and conditioning workouts at the gym, I was devoting at least four hours a day to karate, and that small pinch began to interfere.”

“Athletes don’t expect that diagnosis, and it often is overlooked because of its subtlety on imaging,” Dr. Mansour says. “She had a labral tear that needed repair, but the torn structures were only the canary in the coal mine. The structural abnormalities in her hips made them more susceptible to damage during high-level activity. The underlying structure and position of the hip joint had to be restored to a more normal position to avoid reinjury.”

The affiliated pediatric orthopedic surgery team recommended a comprehensive hip preservation strategy for dysplasia, a congenital hip condition marked by a shallow acetabulum of the hip joint. The shallow socket causes misalignment of the femur in the acetabulum, leading to premature wear and tear on the joint over years. Periacetabular osteotomy (PAO) restores normal function by cutting the acetabulum from the pelvic bone and repositioning it with screws to allow for a better fit of the femoral head. PAO reduces pain, restores function and prevents further deterioration of the hip joint, avoiding or delaying the need for hip replacement surgery.

“The team and I walked Alexandra through the entire experience, including her rehabilitation. I also want to understand my patients’ expectations and relate to them as athletes,” says Dr. Mansour, a former collegiate All-American swimmer at Texas A&M University, a consultant to the Houston Rockets basketball team and junior associate team physician for the Houston Texans football team. “There are no guarantees, so I am realistic, but the experiences of our patients have taught me how well they can return to competition.”

Dr. Mansour and the affiliated team perform 60 to 70 hip preservation surgeries annually at Children’s Memorial Hermann Hospital, and 90 percent are combined arthroscopic and open procedures, like Wainwright’s. “We repaired her labrum and shaped the femur bone using hip arthroscopy and did PAO surgery at the same time,” he says. “For PAO, we make four incisions in the pelvis and connect them to free the socket from the pelvis. Once we’ve moved the joint to an optimal position, we secure it in place with screws.”

After her first surgery on the left hip in January 2020 at Children’s Memorial Hermann Hospital, Wainwright recovered for five months before undergoing the second in May. “Coming back from injury is a huge mental task,” she says. “You’re at the top of your sport and then suddenly it’s all taken away from you. You go from training every day to having to relearn how to walk. I told myself, ‘Don’t compare yourself with others, let’s just get 1 percent better every day by doing little steps here and there.’ I had a great support system of family, friends and Dr. Mansour and his physical therapists, and was able to lean on them at the beginning when I thought I wasn’t strong enough to do this. When I started going to PT, I was so motivated to get back that I equated therapy with training.” 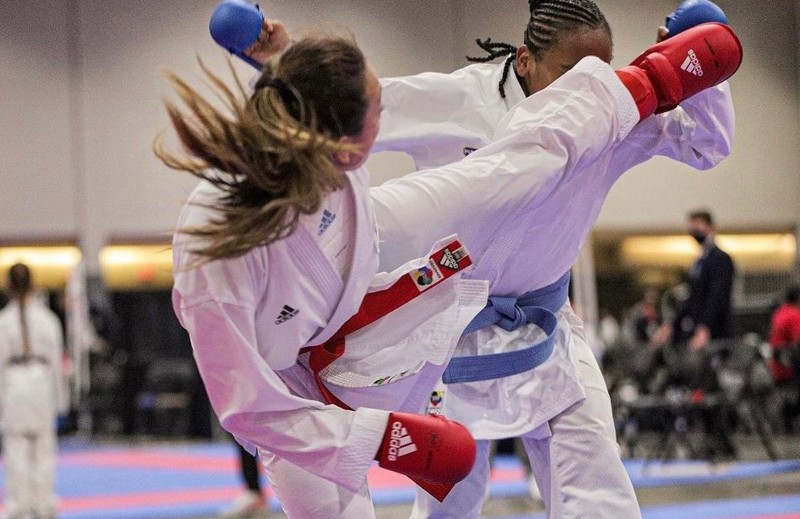 A growing number of collegiate athletes and others at high level have been referred to the Comprehensive Hip Preservation Program. Specially designed protocols used by a dedicated hip preservation physical therapy team help return athletes to sport after the combined surgical approach.

“We understand the mental toughness required to achieve at the elite level and also that the ability to recover mentally determines outcomes,” Dr. Mansour says. “Our greatest hope is that surgeons give their patients the option of PAO with hip arthroscopy to address the underlying problem.”

For athletes who travel to Houston from other cities, the orthopedic physicians affiliated with Children’s Memorial Hermann Hospital, and their therapy team work closely with out-of-town therapists, sharing the protocols that have helped high-level athletes return to national and international competition.

“Alexandra has given us a lot of confidence in our ability to help patients return to competition,” he says. “She’s a motivated patient with good support and high ambition. She used the same motivation, talent and drive that allowed her to reach the elite level to make a comeback.”

After 18 months of rehabilitation and recovery, she competed in the Junior Pan American Games in Cali, Colombia, in 2021, earning a bronze medal. She recently returned from the 2022 USA National Karate Championships in Spokane, Wash., with a silver medal in the U21-61kg Female Elite Kumite category, giving her a spot on the USA Junior National Team and qualifying her for the Pan American Championships to be held at the end of August in Mexico City. She also earned a bronze medal in the Senior-61kg Female Elite Kumite category, which qualifies her to try out for the USA Senior National Team at the Olympic Training Center in Colorado Springs in January 2023.

In August, Wainwright will start her junior year at Texas Christian University in Fort Worth, with a marketing major and psychology minor.

“I do have aspirations for the Olympics in 2028,” says Wainwright, who competes with USA Karate under Team USA with the World Karate Federation. “Karate has given me the opportunity to travel all over the world and learn about different cultures. I’ve met a lot of my best friends through the sport, and it’s taught me discipline and respect and the importance of following through with things I’m passionate about. Karate has made me the person I am today.”

“Alexandra is a wonderful example of an elite international competitor who returned to the same level of competition after surgery,” Dr. Mansour says. “She stayed positive, had a solid plan and good support, and worked tirelessly to achieve her goals.”