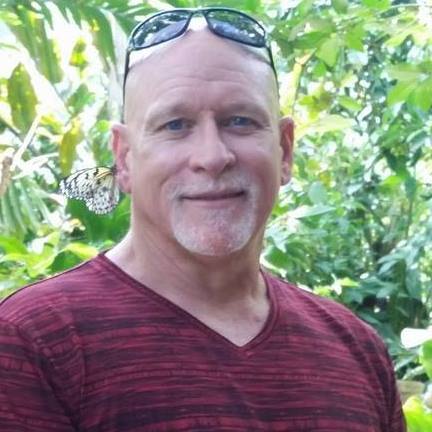 Darrel Sisson believed he was the picture of health. The 65-year-old north Houston resident had been lifting weights and doing aerobic exercise for 38 years, frequently rode his bike on 10- mile trips, meditated regularly and rarely took any medication. So, when he felt tired and not himself on the afternoon of March 11, the retired inventory control worker decided to have an iced tea and lie down to rest.

“My wife came home from work, and 30 seconds later, I was out,” he recalled.

Luckily for Sisson, Ida, his wife of 42 years, had some CPR training and knew exactly what to do. She called 911 and immediately began administering chest compressions until EMS arrived and took over with a mechanical dome placed over his chest.

“My wife told me that I flatlined when the paramedics arrived,” he said. “When I woke up in the hospital two and a half weeks later, she told me I had experienced a ‘widowmaker’ heart attack and had flatlined two more times in the hospital. She also told me she didn’t know what she would do without me, and that hundreds of people were praying for me.”

“Mr. Sisson’s type of heart attack occurred because his left anterior descending artery was blocked,” said Philip Clay Haas, DO, an assistant professor at McGovern Medical School at UTHealth Houston and an interventional cardiologist affiliated with Memorial Hermann Greater Heights Hospital. “This type of heart attack is commonly referred to as a ‘widowmaker’ because it’s often deadly, especially if not treated quickly.”

When blood flow through the left anterior descending artery stops, the heart typically stops beating because that artery is a major supplier of blood to the cardiac muscle. Dr. Haas explained that this situation – cardiac arrest – can quickly lead to irreversible heart and brain damage.

In this case, Dr. Haas credits the quick action of Sisson’s wife, the paramedics and the swiftness of the Memorial Hermann Greater Heights Emergency Center in getting him to the Catheterization Lab for saving his life.

“Because all of those actions aligned, I was able to place a stent in his artery and restore blood flow within the recommended 90 minutes, and he survived,” Dr. Haas said. He also attributes Sisson’s outcome to his healthy lifestyle and daily physical activity.

Sisson credits his wife, Dr. Haas and God for saving his life, though.

“Everything just lined up,” he said. “I am grateful to my wife for saving my life. God reached down out of nowhere and pulled me out, and Dr. Haas – that guy walks on water as far as I’m concerned -- has a level of intelligence above any other doctor and is known for saving people’s lives.”

Following his release from the hospital 18 days after his heart attack, Sisson has continuously worked to get his health back to where it was before his attack.

“I came home with a walker, but I worked daily to improve,” he said.

He made daily goals to move – first with his walker, then short walks down his street – building distance each day. He also walked on the treadmill or used the elliptical machine and did light weightlifting, along with stretching exercises daily. And following Dr. Haas’ orders, he went to rehabilitation at TIRR Memorial Hermann Outpatient Rehabilitation – Greater Heights, which was followed by cardiac rehabilitation three times a week for twelve weeks.

Sisson remains on several medications to prevent any future problems and has a pacemaker, which Dr. Haas implanted to keep his heart beating properly and minimize the risk of any blood clots developing. According to Dr. Haas, Sisson’s prognosis is good.

“I feel great,” Sisson said. “I have no heart damage and no brain damage. I’m thankful to be alive. This was no accident. God was working through these people. It was meant to be this way.”

If you have questions regarding the Memorial Hermann Heart & Vascular Institute, our cardiologists, or treatment facilities, please use our contact form below or call (713) 222-2273 for more information.

Thank you for contacting the Memorial Hermann Heart & Vascular Institute. We have received your inquiry, and a team member will contact you soon.