Cervical cancer is a type of cancer that is developed in a woman's cervix. The cervix is the lower part of the uterus that connects to the vagina. Cervical cancer is commonly derived from various strains of the human papillomavirus (HPV). 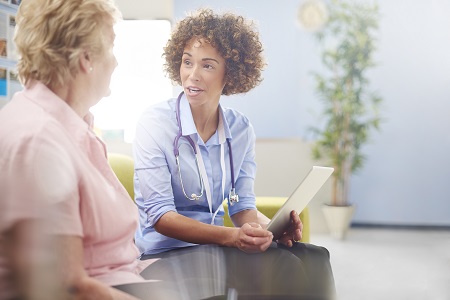 In early cases of cervical cancer, there are typically no signs or symptoms.

In more advanced stages of cervical cancer, symptoms may include:

Surgery for cervical cancer may involve:

Conization to remove a cone-shaped piece of tissue from the cervix and cervical canal to either diagnose or treat the cancer.

Radical hysterectomy to remove the uterus, cervix, part of the vagina and a wide area of ligaments and tissues around these organs. The ovaries, fallopian tubes or nearby lymph nodes may also be removed.

Modified radical hysterectomy to remove the uterus, cervix, upper part of the vagina and ligaments and tissues that closely surround these organs. Nearby lymph nodes may also be removed.

Bilateral salpingo-oophorectomy to remove both ovaries and both fallopian tubes.

Pelvic exenteration to remove the lower colon, rectum and bladder, as well as the cervix, vagina, ovaries and nearby lymph nodes. Artificial openings are made for urine and stool to flow from the body to a collection bag. Plastic surgery may be needed to create an artificial vagina after this operation.

Laser surgery, which uses a laser beam as a knife to make bloodless cuts in tissue or to remove a surface lesion, such as a tumor.

Even if the surgeon removes all the cancer visible at the time of surgery, some patients may be given chemotherapy or radiation therapy after surgery to kill any remaining cancer cells.

Why Choose Memorial Hermann for Treatment?

Memorial Hermann Cancer Centers are accredited by the American College of Surgeons’ (ACoS) Commission on Cancer (CoC). This rare distinction is given to cancer programs that uphold the highest standard of care for patients. When you choose Memorial Hermann Cancer Centers for your cancer treatment, you can rest assured you will receive the best possible care delivered by a compassionate team of caregivers in a calm, healing environment.