When to Take Your Child to the Emergency Room 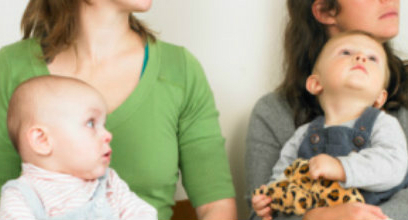 It happens to all parents eventually: a child suddenly becomes ill, or has an accident, and you call the pediatrician looking for guidance. But the pediatrician is in Hawaii, or otherwise unreachable, or maybe it’s midnight and the doctor’s office is closed. When should you wait till morning and when should you visit the ER?

We asked that same question of Dr. Patti Savrick, who is a pediatrician affiliated with Children’s Memorial Hermann Hospital. The following is for educational purposes and should not be construed as a substitute for consulting with a medical professional.

Child Is Running a Temperature Higher Than 103

“Fever alone is rarely a reason to go to an ER. The exception is a child less than six weeks old with any temperature 100.5 or more. An older child or infant with fever can almost always be managed at home. For the best indicator of how sick a child is, wait to see how the child looks when the fever goes down. All children tend to look listless and miserable when the fever is high, but if you bring the temp down, and your child perks up and looks much better, you can continue to control the fever and see your pediatrician the next day in the office. Reasons to go to the ER for fever have only to do with other symptoms accompanying the fever, not the fever itself.”

Did You Know? Fever rarely rises above 104-105º, even without medication.

Child Is Vomiting and Has Diarrhea

“This can generally be managed at home. If your child has just vomited, wait at least 30 minutes and then offer small sips of clear liquids (rehydrating solution is best). Do not allow your child to guzzle the drink, or he will likely vomit again. Reasons to head to the ER would include vomiting after head trauma; vomiting accompanied by severe abdominal pain with or without fever; or green vomit, which could mean there is something deeper than just belly issues. Diarrhea is very rarely a reason to go to the ER; go only if your child has high fever, refuses to drink, is listless, or has copious bloody stool. Diarrhea usually just has to resolve itself and requires no treatment except to maintain hydration. Do not give juices to your child with diarrhea, as this makes the stool looser.”

Child Is Having Trouble Breathing

“Actual difficulty breathing is an appropriate trip to the ER; however, congestion causing the breathing to be noisy through the nose is not. Severe nasal congestion that makes it hard for your child to sleep is not ‘trouble breathing.’ If your child is struggling, especially if the spaces between the ribs are sinking in, nostrils are flaring, or skin is pale or gray, the child needs to be immediately seen.”

Child Has Broken a Limb

“Broken limbs are a reason to go the ER. If the pain is severe, or if the limb is not straight, or accompanied by an open wound, that is an appropriate ER visit. However, if your child falls while playing and then complains of pain, treat first with ice and pain reliever. If your child settles down and is fairly comfortable, he can be seen by his doctor the following day.”

Child Is Bleeding Due to Play

“Cuts and lacerations only need to be seen at the ER if the parent cannot control the bleeding, if the wound is deep and requires stitches, or if it’s significant and to a soft body part like the eye, back of the throat, or genitalia. Milder wounds can be treated with soap and water, application of antibacterial ointment, and a bandage as needed.”

Child Is Bleeding From an Animal Bite

“Animal bites that are not actively bleeding can be seen in your pediatrician’s office the next day for possible antibiotic treatment and tetanus booster, if needed. Violent animal bites with torn flesh, especially to the face, should be treated at the ER.”

Child Is Coughing a Lot

“A cough does not need to be seen in the ER unless accompanied by signs of respiratory distress. If your child has a bad cough, but his breathing is okay in between, you are okay to see your doctor the next day.”

“An allergic reaction that involves rashes to the skin should be treated with Benadryl. You only need to go the ER if the reaction includes respiratory symptoms such as coughing, wheezing, swelling of the mouth or tongue, or difficulty breathing.”

“If your child has an episode of unconsciousness after head trauma, she needs to be seen in the ER. If she faints but is fine afterward and is otherwise healthy, she can be seen by the doctor the next day.”

“Unless the child is drooling uncontrollably or having difficulty breathing, a child who has swallowed something can be seen by his doctor the next day. Note that swallowing small watch or camera batteries is especially dangerous, and the child should be watched closely to ensure it passes in the stool. Your pediatrician should know this has happened and may do an X-ray to make sure the object has passed or will pass.”

“Small burns (less than the size of a pack of cards) can be treated with pain medicine. However, larger burns on small children or any third-degree or electrical burns should be seen in the ER.”

“Headaches should only be seen if accompanied by persistent vomiting, following head trauma, or if there are associated neurologic symptoms, such as blurred vision or weakness in an extremity. Also, a headache with a seizure should be seen in the ER.”

In the event that your child does need to go to the emergency room, you can use our online scheduling tool to reserve your spot and avoid long wait times.