Type 2 Diabetes in Kids on the Rise

Let's Not Sugarcoat It 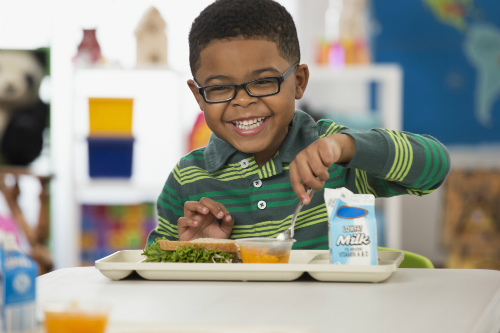 It was a case that shocked the world last year. A 3-year-old Houston girl was diagnosed with Type 2 diabetes, making the 77-pound child – with a body mass index in the top 5 percent – the youngest known sufferer from the disease. The parents of the toddler had taken her to the hospital after becoming concerned about her extreme thirst and frequent urination – both classic Type 2 symptoms. The findings of the case were presented at the European Association for the Study of Diabetes, in Stockholm, in September 2015, where it gained interna­tional attention.

The occurrence of the disease at such a young age is disturbing – and unfortunately, something that could become more common, according to Dr. Nunilo Rubio Jr., a pediatric en­docrinologist affiliated with Chil­dren’s Memorial Hermann Hospital. “These days we are seeing a slow but steady increase in the incidence of Type 2, or insulin-resistant, diabe­tes in children due to the prevalence of overweight and obese children in this country,” he says.

Did you know? Type 2 diabetes in on the rise. By 2050, one in three people will have diabetes, according to the American Diabetes Association.

Diabetes is a relatively well-known illness, yet it’s still misunderstood. Type 2 is most common in adults and is “mainly seen in overweight populations,” according to Dr. Rubio, and involves the body’s “resistance” to insulin action. With proper man­agement, it can be controlled and possibly even reversed. Type 1, how­ever, is an autoimmune disease that’s typically diagnosed at an early age and must be managed throughout a sufferer’s lifetime. “In Type 1 dia­betic patients, their immune system made a mistake,” explains Dr. Rubio, “and made antibodies against the islet cells of the pancreas, which are responsible for making insulin.” As a result, patients must receive insu­lin injections to regulate blood sugar levels.

Taken together, the two types of diabetes are the seventh leading cause of death in the U.S., with more than 29 million Americans suffer­ing from the disease. An estimated 208,000 U.S. children have diag­nosed cases of diabetes, according to data from the American Diabetes Association, and while Type 1 is still most common among them, Type 2 is rising. Newly diagnosed cases of Type 2 diabetes among children has grown from less than 5 percent in 1994 to about 20 percent in recent years.

Part of the reason for the increase is that cases of Type 2 diabetes in children are being caught earlier, which, of course, is a good thing. "I think there is now more increased awareness of the problem of overweight and obese children and Type 2 diabetes," says Dr. Rubio, "and schools are getting more proactive in checking for symptoms." Schools now screen for acanthosis nigricans - darkening and/or thickening of the skin in the neck and folds of the body associated with insulin resistance - and can refer parents to doctors when necessary. "We are getting more and more consults for evaluation and management of obesity so we can intervene very early," Dr. Rubio adds.

Most of us know that growing children should eat well-balanced meals containing each of the five food groups. But how much should they be consuming? The truth is, the answer depends on the child’s age, sex and level of physical activity, which is why choosemyplate.gov is an excellent resource for personalized portion-size advice. These are the general daily recommendations for children ages 4 to 8:

4 ounces - 4 ounces of fish, meat, or poultry, 1 cup of cooked beans, 4 eggs, tablespoons of peanut butter, or 2 ounces of nuts or seeds.