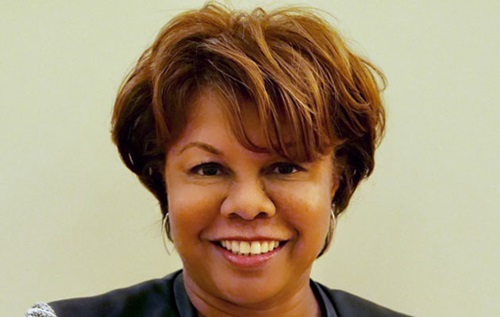 Cheryl Fleming doesn’t mince words. Not surprising, given the nature of her work. Fleming is the Director of the Memorial Hermann Transfer Center, the system body that coordinates all patient transfers to and within the Memorial Hermann Health System. Each month, her team handles an average of 3,200 calls from physicians, emergency centers and hospitals. Eighty percent of those patients will be transferred to a Memorial Hermann facility.

Over the next two years, Fleming worked systematically to bring all 10 Memorial Hermann campuses on board. “For six weeks, I met weekly with each hospital’s leadership team - their chief medical officer, director of case management, business office director, OA (operations administrator) lead – all the major stakeholders in the transfer process. This gave me an opportunity to understand their cultures as we worked to develop a process that would mirror the current process of the Memorial Hermann-TMC campus as closely as possible, understanding that each community had a slightly different setup.”

The Golden Half Hour

Fleming says the new process had to ensure that everyone operated within the guidelines of state and federal regulations regarding transfers. “The regulations are clear. If you have capability and capacity to care for a patient, your response to a transfer request should be ‘yes.’ And you have 30 minutes to decide, starting with the initial ‘Thank you for calling Memorial Hermann, this is Cheryl Fleming. How can I help you?’ and ending with ‘Patient XXX has been accepted to Memorial Hermann in the Texas Medical Center.’ The time clock ends when I tell that physician or his designee ‘You've been approved to transfer your patient.’"

Fleming says those initial meetings helped her build trust, which helped her – and eventually her team - overcome some initial skepticism that a central, system transfer center would be objective and efficient. “One of the things that I really wanted to establish out of the gate was trust. With the Memorial Hermann-Texas Medical Center being a Level I trauma center, the perception of many leaders - and this was from a blind survey that was conducted prior to my taking the job, the results of which were shared with me – was that no one could come in and be Switzerland.”

But the proof has been in the results. Over the past five years, calls to the Transfer Center have increased from 1,800 to over 3,000 a month, a 67 percent increase in volume Of course, what matters most is that patients are getting where they need to be, faster. 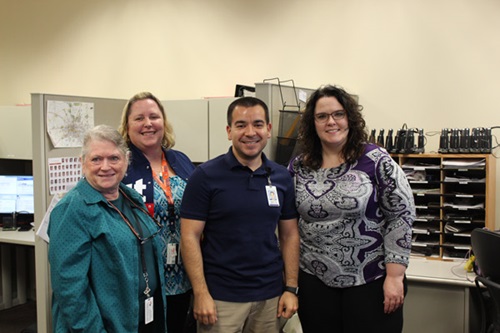 Fleming credits the Transfer Center’s success to the fact that she has an all-clinical staff, a factor she says makes a “huge difference.” Ninety percent are registered ICU- and ED-trained nurses, and the other 10 percent are paramedics. “If someone calls in and says a patient has a gastrointestinal bleed, the nurse will ask, ‘Is it upper or lower? What's the hemoglobin and what's the hematocrit?’ They know what to ask to make the best decisions, fast.”

Fleming also credits the Transfer Center’s success to its new VoIP (Voice over Internet Protocol) phone system and management software, which routes calls more efficiently and enables her to monitor and measure her team’s performance. “I'm able to monitor the average time to facilitate a call, number of calls per staff member, call volumes based on time of day and day of the week, and our call abandonment rate. It helps me make better business decisions,” she says. Business decisions that have led to better transfer performance, the impetus for creating a new central transfer function in the first place.

“We make it happen.”

When asked to describe the Memorial Hermann Transfer Center in a nutshell, again Fleming doesn’t mince words. “If you're at another hospital or in an ER in town and you want to go to Memorial Hermann, you call my team and we make it happen.”